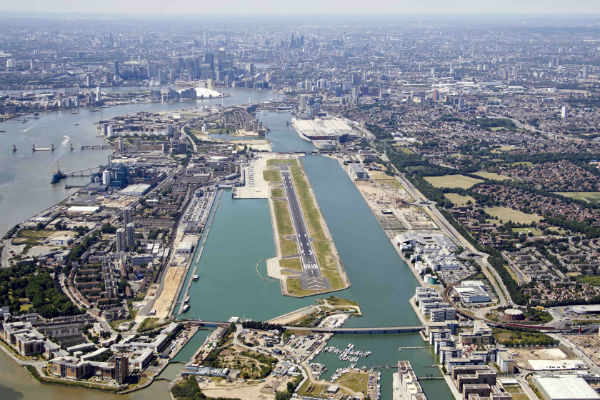 A video showing the £500 million new-look London City airport has been released following a record-breaking day on Monday.

A total of 20,300 passengers used the Docklands airport on June 17

The animation has been published ahead of what is expected to be the airport’s busiest summer, with annual passengers forecast to reach five million this year.

Numbers are projected to rise to 6.5 million a year following expansion of the terminal by 2022 with a new check-in area, security, departure lounge, baggage claim, dedicated arrivals area and gate lounges.

Eight new aircraft stands and a parallel taxiway next to the runway are also planned.

Chief development officer Peter Adams said: “We are building a new and impressive gateway for London in the heart of the Royal Docks, on the doorstep of the city and fast-changing East London boroughs.

“This new animation brings to life for the first time what customers can expect – be they international visitors to London, leisure city breakers or business travellers.

“London City airport will offer an amazing modern airport experience while retaining the speed and efficiency that we know our passengers love.”

Meanwhile, British Airways is expanding its London City network with a summer-only service to Split in Croatia three times a week from June 21 until September.