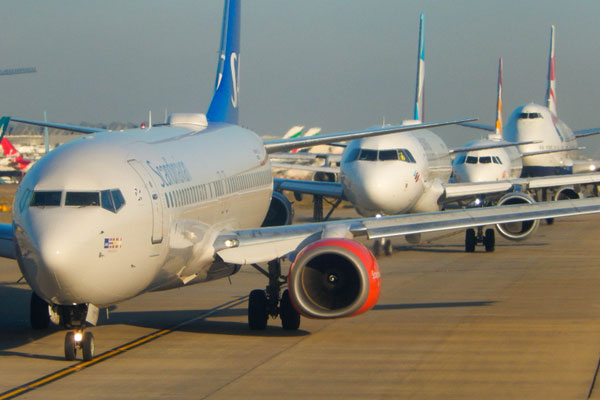 Tui chief Fritz Joussen insisted Europe’s airlines will have to consolidate as he became the latest industry leader to highlight the overcapacity in the market.

Joussen reported Tui’s results for the three months to June last week, saying: “There is a lot of competitive pressure with airlines. Consolidation will happen sooner rather than later.”

Podcast: Biggest stories of the week including Tui results

A growing number of airline bosses have issued warnings, with Ryanair chief Michael O’Leary forecasting “a very difficult winter” this month and warning: “There will be failures.”

Joussen described the airline market as “very challenging”. The competition is toughest in Germany where the collapse of Air Berlin in late 2017 failed to remove capacity.

Instead, easyJet took over Air Berlin’s operations in Berlin, Lufthansa acquired its fleet at Dusseldorf and Ryanair acquired former Air Berlin subsidiary Niki in Austria, rechristened it as Lauda and is expanding it rapidly.

Joussen noted that in the three months to June: “All airlines in Germany lost €500m-€600 million. The pressure is so big, airlines can’t translate costs into prices.”

He said: “Air Berlin was a failure, but it was back filled. When competitors exit the market, we need to let the market clear. Air Berlin should have exited. [But] there was a state guarantee and it led to the situation we are in now.”

Joussen suggested: “Overcapacities are not good for anyone. Is a €19 fare to Mallorca a good thing? No, it’s not. We will see different prices if the number of aircraft is reduced.

“No doubt consolidation will happen. The issue is how easy is it for markets to adapt to the right size? Everyone [among the airlines] is playing hard ball. The airlines want some solution – people are not stupid. But it’s difficult to speculate how it will happen.” He described Tui as “active observers in the market”.

Joussen noted the fall in the pound amid fears of a no-deal Brexit was “difficult for British travellers”. He said: “It means price increases of a little more than 4% – not little but not disastrous.”

On Brexit, he said: “Who knows what will happen. The currency movements are the main effect. For UK travellers, Brexit is not attractive, but it is not in our hands. We are preparing ourselves. If the market is great – beautiful. If the market is bad, we are more resilient than in the past.”

Tui’s full-year profit forecast remained unchanged from March when the group revised down its previous forecast “due to the grounding of the 737 Max”. Joussen put the cost of the grounding at €144 million in the quarter to June and €300 million to the end of September.

However, he dismissed concerns about the further impact of the grounding, saying: “For winter it’s not so important. There are always enough options. It’s not an issue.”