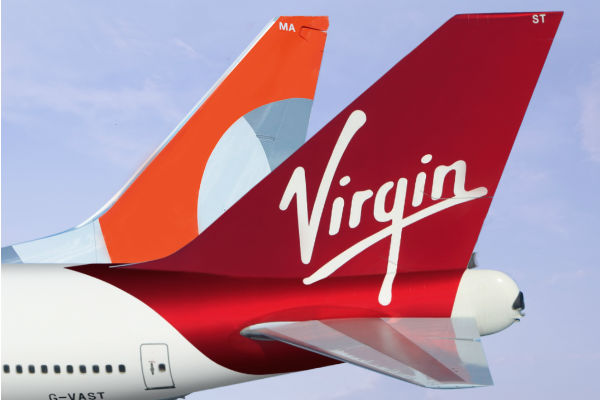 Virgin Atlantic and Brazil’s largest domestic airline GOL have announced a codeshare agreement that will serve 37 destinations across the country including Brasilia, Rio de Janeiro and Curitaba.

The agreement will allow customers to connect from Virgin’s upcoming Heathrow to Sao Paulo service on to flights to locations across Brazil.

Virgin’s new route goes on sale on September 10, and begins flying on March 29.

The two carriers also plan to expand the codeshare with flights to Argentina, Chile and Uruguay.

Juha Jarvinen, chief commercial officer at Virgin Atlantic said: “We’re delighted to announce our codeshare agreement with GOL. Brazil is such a rich and diverse country and we’ll be able to offer seamless connections for customers from our brand new London Heathrow to Sao Paulo service on to 37 destinations across Brazil.”

Leisure destinations include surfing destination Florianopolis, the Amazon jungle via Manaus and the coastline of Recife.

Customers travelling on Virgin Atlantic and GOL can expect matching baggage allowances across the two airlines as well as baggage being checked through to their destination.