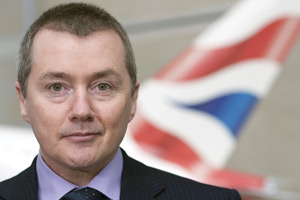 British Airways chief executive Willie Walsh has accepted an invitation to speak at The Travel Convention, underlining the airline’s efforts to revive relations with the trade.

The move comes after the airline’s head of UK sales Richard Tams wrote an open letter to the trade saying he was “overwhelmed” by the goodwill shown during the strikes and pledged to keep agents informed at every stage.

Walsh, who rarely speaks at industry events, is expected to echo that message.

In recent months, BA has shown  its willingness to work with agents by improving its communication, particularly during the strike periods in March, May and June.

Walsh will also share his plans after a challenging period for the airline. This has included 22 days of cabin crew strikes and an 11% fall in passenger numbers.

The former Aer Lingus boss will explain the impact of the merger with Iberia, set to be completed by December.

He will also provide insight into BA’s transatlantic partnership with American Airlines, which has been vehemently opposed by Virgin Atlantic’s Sir Richard Branson.

Walsh will also reveal how BA plans to use its new tie-ups to compete with the Star and SkyTeam alliances.

The Unite union’s decision this week to take legal action against BA over the removal of travel concessions suggests a fresh strike ballot over the issue is less likely.

BBC newsreader Huw Edwards will interview Walsh on stage before inviting the audience to ask questions. Agents who are unable to attend the event in Malta, to be held on October 18-21, will be able to watch the session via a live webstream.

› Win one of 20 places at The Travel Convention