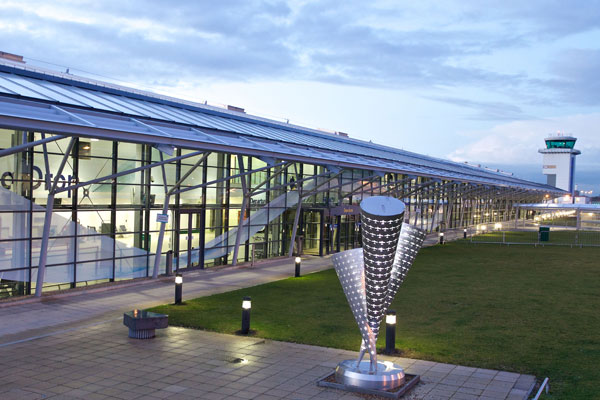 The owner of Southend airport has voiced caution over future passenger figures due to uncertainty in the aviation sector partially caused by Brexit.

Stobart Group, which also owns 30% in new Flybe parent Connect Airways, made the statement in a trading update today.

The company said: “Given the ongoing uncertainty in the sector, in part caused by Brexit, the group is taking a cautious approach to passenger forecasts in the short term, with the board working on the basis of circa 2.3 million passengers for the year ending 29 February 2020.

“This would represent an increase of 53% versus the previous year.”

The group reported a 42% increase in passenger throughput at the Essex airport in the half year to August 31 over the same period last year, driven by new Ryanair flights in April, Loganair in May and expansion by easyJet.

“These new routes will help support the continued growth in passenger numbers at London Southend airport in line with the group’s target of reaching five million passengers per annum by February 2023,” Stobart said.

“Access was further improved by the introduction of early and late rail services between London Liverpool Street and Southend airport.”

The company added: “In July 2019, Connect Airways – in which Stobart Group holds a 30% interest – received merger control clearance from the European Commission for its acquisition of Flybe.

“With Connect Airways taking over full management control of Flybe, the leadership teams are now focused on plans to grow its regional network, while Stobart Air continues to expand its successful franchise business.”

Stobart said: “The group is trading in line with market expectations and continues to make strong commercial progress in its two core divisions: aviation and energy.”

CEO Warwick Brady said: “Stobart Group has made considerable progress in the period, particularly in terms of the number of passengers that we have welcomed at London Southend airport.

“I am particularly encouraged by the quality of airline partners that we are now working with and the opportunity that brings to deliver future sustainable operating profits.”

The group’s interim results for the six months to August 31 are due to be issued on November 14.