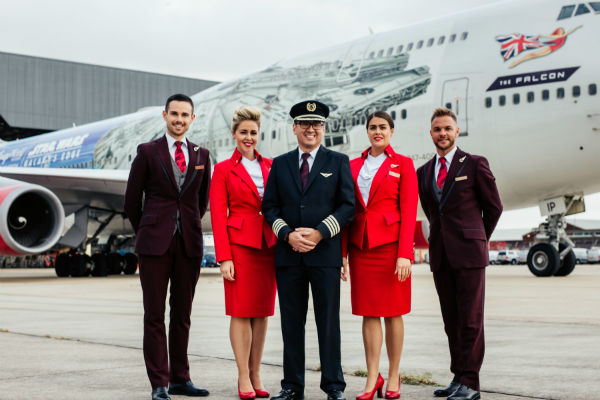 A Star Wars themed Boeing 747 has been unveiled by Virgin Atlantic to fly between Gatwick and Orlando.

The re-painted jumbo jet will be known as The Falcon – showcasing the Millennium Falconspaceship once owned by Han Solo in the Star Wars adventures.

A themed Star Wars Experience package is also being offered on the school half-term holidays on February 15-22.

“Over the last three decades, we have taken millions of British holidaymakers to enjoy the magic of Disney and we know that so many of our customers have been excited about planning their trip to experience this new land.

“We hope those lucky enough to board ‘The Falcon’ will enjoy their journey with us, even more.”