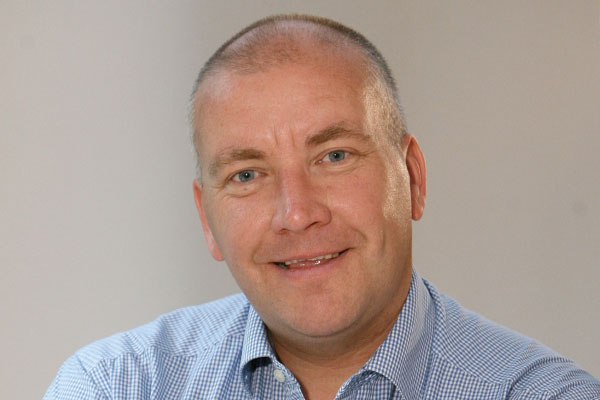 Alistair Rowland spent the start of this week, like most in the industry, dealing with fall-out from the failure of Thomas Cook.

“The industry won’t be the same,” he says. “We’re very sorry for the employees.”

Yet Rowland, chief retail officer for specialist business at The Midcounties Co-operative, rejects claims by commentators that Cook failed because it was old-fashioned, outpaced by online bookings and still selling package holidays through high street travel agents.

He notes: “The issues with Thomas Cook have been in play for at least 10 years. Thomas Cook should have made strategic decisions earlier. It was too little too late in trying to shore up its financial position.

“The notion that consumer behaviour has totally changed is wrong. Look at what Jet2 has achieved. It has given new life to the package holiday and credibility to [the idea of] an airline becoming a tour operator.”

He insists: “The idea that the package holiday is dead because of online booking is wrong otherwise Jet2 would not be selling four million package holidays a year, one third of them through travel agents.”

The new Abta chairman – Rowland took over from Sunvil chairman Noel Josephides in June – adds: “The reverberations will be felt for a long time. We don’t know yet what the market will look like without Thomas Cook’s three million package holidays and eight million seat sales.

“Abta will have a part to play in helping the industry understand the marketplace without a company as significant as Thomas Cook in it.”

Rowland, rather like the Co-operative businesses he has worked at for most of 30 years, is not prone to attention seeking, preferring to get on with the job. Yet he has wasted no time in identifying the priorities he sees for Abta, having served on the association’s board for eight years.

He says: “I’ve always been a fan of Abta. There are a lot of synergies between the values of the association and the values of the Co-operative. But I feel Abta understates both itself and a lot of the work it does, not least in the EU.”

He argues: “These are tough times and Abta’s proposition has to add real value to the membership and be clearer on the value it provides.”

Rowland highlights three areas he sees as priorities: “First, on moving to a zero-carbon economy – Abta members need someone to follow. This is an area Abta can really develop. It needs to take a lead role in helping members take a lead on sustainability – that can be around the products members sell and around members’ own businesses and their carbon footprint.”

He sees this as forming a core part of Abta’s next five-year plan. Rowland says: “Sustainability and educating the membership on sustainability need to be high on the agenda in our 2020-25 plan.

“Consumers care now. They do understand. People want to do things more ethically. There is a mantra around this now and it will be high on [Abta chief] Mark Tanzer’s agenda.”

Rowland’s second priority is an issue of immediate concern to the sector. He says: “Abta needs to create absolute transparency in terms

of commercial financial protection and in setting rules the consumer can understand.”

The collapse of Super Break, which was brought down by the failure of parent Malvern Group at the beginning of August, “caught us all by surprise” admits Rowland.

Many agents were surprised to discover accommodation-only bookings they had made with Super Break were not protected by Abta bonding amid suggestions they were misled by Super Break brochures.

Abta subsequently pointed out accommodation-only bookings had not required protection for more than 10 years following a decision by Abta members.

Abta chief executive Mark Tanzer told Travel Weekly: “There was not a lot of surprise from consumers, who were not left stranded. The surprise was from agents. The trouble was agents were left with chargebacks. But when we stopped protecting accommodation-only we told members: ‘Check your agreements’.”

Rowland agrees: “The trade had a bigger surprise than consumers,” he says: “The trade should understand this to be able to explain it to the consumer. I don’t want to push to change the rules but to push transparency. We can make it clear.

It’s more about education and [being] transparent about single items, particularly in the UK.”

His third priority is education. He says: “It’s a changing market and new entrants are changing the level of knowledge in the industry. We need to create a minimum entry level on knowledge.

“Travel has not done well in this area and Abta has a big [job] to create [such an entry level].”

The entry of US homeworking agency InteleTravel to the UK market has caused disquiet among some agents, not least since the business was granted Abta membership in March.

Rowland insists: “I’m not talking about InteleTravel. There are a lot of new entrants to the market without a standard level of knowledge and Abta has a part to play in this. Twenty years ago, you could not set up as a travel business without employing an Abta-trained individual.

“I’m saying it would be good to do it [have an entry level], but it does not mean we [Abta] do it. I speak to a lot of students and a lot of what they do [on travel and tourism courses] is old and outdated.”

Rowland sees his predecessor, Sunvil chairman Noel Josephides, as a hard act to follow. He says: “The amount of effort Noel puts into the industry is incredible. I would love to be able to do that, to have the time, but I represent Abta as someone who is running not just a travel business but healthcare, funeral services, childcare etc. The job is super complex.

Rowland will address Abta’s Travel Convention in Tokyo next month for the first time as chairman. He says: “I’m a huge fan of Abta and proud to take the chair. The way Abta is run is admirable. I think it understates itself and I’ll try to add value where I can.”

The Travel Convention will held on October 7-9, in Tokyo.
thetravelconvention.com

• Rowland has been an elected member of the Abta board since 2011, representing retail members with £20 million-plus turnover.

• He runs not just the largest UK travel Co-operative but the group’s nurseries, healthcare and funeral group.

• Rowland joined The Midcounties Co-operative in 2011 from the Co-operative Travel Group, where he was director of distribution, following the latter’s merger with Thomas Cook.

• He has worked in retail since the mid-1980s and spent most of the past 30 years working for various parts of the Co-operative group, bar two years with First Choice Holidays in the late 1990s.

• Rowland has been a trustee of the Abta Lifeline charity since 2012 and on the board of trustees of The Travel Foundation since 2014.

• He completed a 100km, 24-hour walk along the River Thames in September as part of the Thames Path Challenge in support of Abta LifeLine.