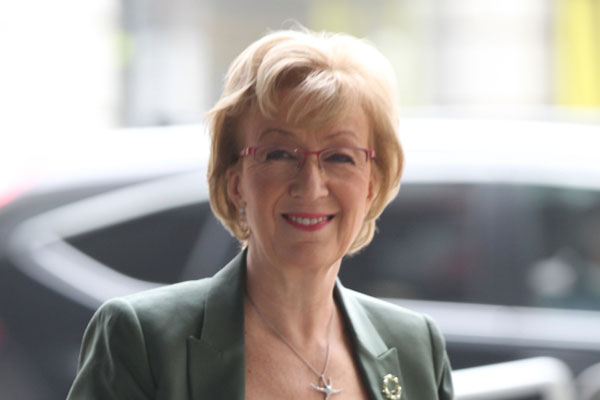 The union that represented staff at Thomas Cook is calling for the resignation of business secretary Andrea Leadsom over her handling of the company’s collapse.

The Guardian claimed the business secretary “didn’t want a meeting or ask for one” before the firm’s collapse.

Leadsom also told ITV News she did not speak to Thomas Cook in the run up to the collapse – saying she left matters to the transport secretary and “too many cooks spoil the broth.”

He said: “This is an utter disgrace – what is the point of being business secretary if all you do when 9,000 jobs are on the line is sit on your hands?

“Leadsom must resign or be sacked with immediate effect. Anything else will be a clear signal to millions of British workers that this Tory government won’t lift a finger to help when there’s a threat to jobs.

“Imagine having the audacity to say ‘too many cooks spoil the broth’. Government ministers should not have been passing the buck but rather, acting in concert to save an cornerstone of the British high street.”

He added: “Having spoken to Leadsom several times about her actions in the run up to the Thomas Cook’s collapse it was abundantly clear she was in over her depth and had no grasp on the detail.

“By her own admission she has treated Thomas Cook workers and their families with contempt and cannot remain in post a moment longer. If she does not do the decent thing and resign, she must be removed from office.”

In a letter to Reeves, Cortes refers to newspaper reports suggesting that ministers and officials from the Department for Business, Energy and Industrial Strategy (BEIS) had for months been aware of the impending crisis at Thomas Cook.

“I have no doubt Parliament and the public will want to better understand why the business secretary and the government more widely failed to lift a finger to help Thomas Cook despite knowing 9,000 jobs were at risk,” he wrote.

Meanwhile, the pilots union said Thomas Cook staff were expecting to be paid yesterdayfor work done up until the company went into liquidation the previous Monday (September 23), but wages appeared. Neither has any official notification or apology.

“It is deeply offensive to treat these loyal employees so shoddily.” the British Airline Pilots Association said.

Balpa raised this at the first meeting of the government’s Thomas Cook national taskforce last week but said it was “unfortunately met with blank faces from two secretaries of state and the official receiver”.

The union’s general secretary Brian Strutton said: “This is adding insult to injury. It’s awful enough for staff members to have lost their jobs overnight but to not receive salary for the work already done is absolutely disgraceful.

“It’s hard not to feel aggrieved at Thomas Cook management for this disaster.

“It is they who ran down cash so far that there isn’t even any left to pay wages owed, but did find the cash to keep the German airline, Condor, open for several days until the German government stepped in with some financing.”

Former Thomas Cook staff took to the streets of Manchester yesterday to protest outside the Conservative Party conference demanding financial support from the government.

Leadsom has called on the Insolvency Service to “fast track” its inquiry into the circumstances surrounding the collapse, including the conduct of its directors.

She said last week: “I want to thank the 9,000 UK employees of Thomas Cook for their professionalism at this hugely difficult time, and I want them to know that government is working hard to support them – be that through finding new job opportunities, retraining and by urging banks to be sympathetic to those waiting for redundancy payments.”

“The national taskforce will keep employee welfare front-of-mind while ensuring the impact on local businesses is minimised.

The taskforce will initially meet on a weekly or bi-weekly basis and “consider support available for employees looking for new opportunities, for apprentices looking to continue their training, for staff returning from abroad, and for individuals and families needing access to benefits”.

It will also review recovery for local communities including Peterborough, where the firm had its retail headquarters, and Manchester, where many employees were based, “exploring backing for local businesses and high streets through discussions with local growth hubs and authorities”.

The initiative is part of a package of measures announced by government to support Thomas Cook employees, customers and local businesses.