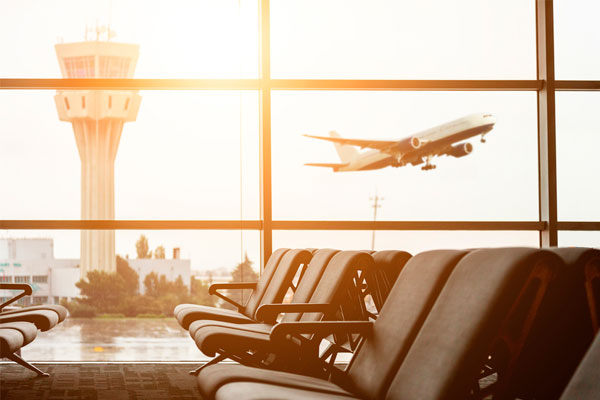 Frequent flyer schemes that encourage “excessive” air travel should be banned as part of efforts to combat climate change.

The call comes in a report commissioned by the government’s Committee on Climate Change.

The independently published study by Imperial College London also suggests an escalating levy on Air Miles schemes should be imposed to discourage “excessive flying” by the 15% of the UK population estimated to be responsible for 70% of flights.

“Unlike a fuel tax, this would provide strong price signals for frequent flyers without raising prices for people taking an annual holiday,” the report says.

“It would also encourage shifting from long-haul to short-haul leisure destinations while three or four-year cycles would allow travellers greater flexibility for long-haul.

“The levy should also factor in the much larger emissions for business and first class tickets.”

The report adds: “In contrast to an aviation fuel tax, which would increase air fares for all passengers at the same rate, research suggests a levy aimed at excessive flying by frequent flyers could have popular support.”

The government should raise awareness and encourage more responsible flying by ensuring that all marketing of flights show emissions information “expressed in terms that are meaningful to consumers”.

The Committee on Climate Change said that the report had “helped inform” its recommendation to the government in May that it should adopt a legally binding target of “net zero” emissions by 2050, which means the UK would become carbon neutral.

The Imperial College report points out that the emissions from one return ticket from London to New York are roughly equivalent to that of heating a typical home for a whole year.

“Low-carbon aviation technology is expected to remain technically unfeasible and so it is vital to restrain rising demand despite this having been considered politically difficult to address hitherto,” it adds.

“Aviation has so far enjoyed generous tax treatment despite a large proportion of flights being taken by a small, wealthy segment of the population.

“An Air Miles levy which escalates with the air miles travelled by an individual within a three-year accounting period could provide strong price signals to curb some demand by less price-sensitive frequent flyers, encourage shifting from long-haul to short-haul destinations and fund research into low-carbon aviation technology, while sparing the large majority of travellers any extra cost.”