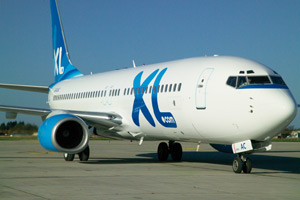 The collapse two years ago of XL Leisure Group, taking with it the UK’s third-largest charter airline, prompted a group of independent agents to meet for crisis talks.

Top of the agenda was the question of where the agents were going to find seat capacity to enable them to continue to dynamically package holidays at prices to compete with the dominant tour operators.

Nothing concrete came of that meeting, but two years on the question of seat capacity remains just as pertinent.

This summer has seen the collapses of Kiss Flights, the seat-only operator that emerged from the wreckage of XL, and Goldtrail Holidays, the Turkey specialist operator turned seat-only business – two important suppliers of seats to the independent sector.

These failures have served to further restrict the supply of seats, particularly to the eastern Mediterranean and Egypt. And, despite pleas from retailers, other potential sources of capacity appear to have little appetite to meet that demand.

Jet2.com last week told Travel Weekly it had no plans to fill the capacity gap in what is a low-margin market in a low-margin industry and, lately, Monarch has been more interested in increasing capacity in the more profitable western Mediterranean.

Viking Airlines, which had a partnership with Kiss and had been hailed as the saviour of the independent sector in the wake of XL’s demise, has reduced UK capacity.

Is seat-only a viable model?

Other would-be entrants are said to be finding two key obstacles in their path.

The first is regulatory, with UK aviation regulator the CAA keen not to see the problems of the past repeated and not able to afford another XL-size collapse.

The second, more intractable, problem is the absence of any insurer prepared to underwrite the risk on such ventures.

He said the big two –Tui Travel and Thomas Cook – are not going to supply enough seats to third parties from their airlines, certainly not at competitive enough rates, so where is capacity going to come from?

“Kiss, Goldtrail and Custom Flights – the common denominator is they are no longer with us. I suggest it would be very difficult for this model to work in the future because of the high-risk nature of this business.

“The online retailers, in many respects, dictate the price. The [seat-only suppliers] are driven by the demand from the big online retailers. They need aviation supply, but does the flight-only business model still work?”

Survival of the fittest

This problem of securing capacity is not new and was partly the reason for The Co-operative Travel’s move into tour operating in its joint venture with Monarch. Could we see other retailers, which have staunchly stuck to their agency status, forced to take this route?

For some, low-cost airlines offer a partial answer, but they are hardly known for their enthusiasm for third-party sales. There is also an inherent risk in hinging your product offering on flying schedules dictated by the airport subsidies and costs that underpin their commercial models.

Photi warned: “It will be the survival of the fittest. Those who survive will have a stronger marketplace because competitors will be taken out.

“All I can see is a massive push towards the duopoly. Thomas Cook and Tui have a predominant position in the market. They are going to get bigger and stronger.

“I do not like it, but that’s an impact of what I see in the marketplace.”