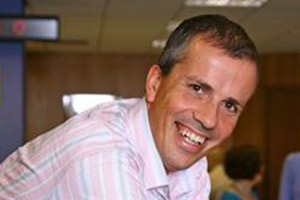 The boss of Inghams parent Hotelplan has called for stricter rules around when agents must pass on customer money to operators following the collapse of Thomas Cook.

Chief executive Paul Carter called on Abta to lead a reform after it emerged Thomas Cook retail had been taking customer money up to nine months ahead of departure and not passing it on to operators.

Carter said operators giving credit to agents by up to a month was the reality of “doing business” but he said no one should be taking customer cash more than two weeks ahead of when the tour operator receives it.

White Hart Associate’s head of travel and leisure, Chris Photi, said last week many operators who sold through Thomas Cook retail were getting a “nasty shock” as the impact of the failure had been “far higher than they budgeted”.

Speaking at the Telegraph Ski and Snowboard show on Thursday, Carter said: “Our distribution through Thomas Cook was about 5%. I know that a number of other tour operators have been affected, it’s an industry-wide issue.”

Asked if there should be any reforms, he said: “I think this is something that Abta should be looking at. We do need reform and I welcome an Abta initiative on that.”

He also said the government should not have allowed Thomas Cook Airlines to collapse.

“It was a good airline and it was making money”, Carter said. “The government should have acted on the recommendations from the Monarch collapse. Thomas Cook has failed in Germany, it has failed in Scandinavia, but Condor and Ving are still flying. Why is this the case in one market and not the other if the airline is making money and the tour operator wasn’t? We need to understand why.”

Carter said: “When Monarch collapsed two years ago, we had significantly more flying with Monarch than we did with Thomas Cook.”

But he said they have managed to find capacity elsewhere.

“That’s been our focus”, said Carter. “But, there has been some trimming of capacity as a result. In some cases we have had to put on larger planes because there has been no choice, but for the most part we have been as prudent as possible.”

Hotelplan UK is the parent company of Inghams, Inntravel, Ski Total, Esprit, Explore and Santa’s Lapland, and it most recently acquired Flexiski from Travelopia.