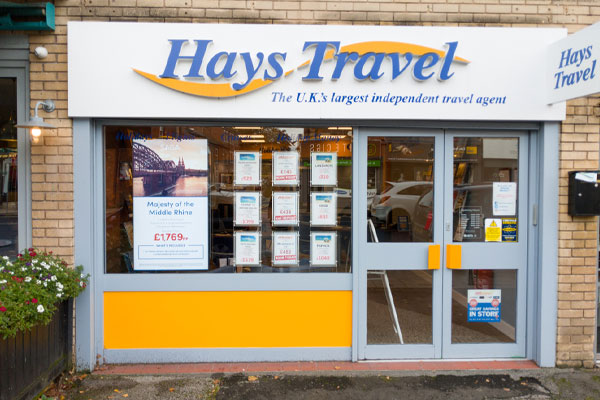 A reduction in lease costs and the development of an out-of-hours homeworking network will be key to ensuring Hays Travel’s expanded retail presence has a long-term future, according to former Airtours chief Steve Endacott.

Speaking to fellow travel industry veteran Ian Brooks during the first episode of a new Travel Industry Pubcast, Endacott insisted high street travel retail continued to have a future following the collapse of Thomas Cook, but must evolve to become more convenient for customers.

The demise of Thomas Cook caused significant pain for the industry but led to Hays Travel acquiring all 555 of the travel giant’s agency branches for £6 million.

Brooks, partner in Gail Kenny Executive Recruitment and a non-executive director at Arena Travel, said: “The more you look into that deal, the more you can see he [John Hays] has bought himself wriggle room.”

Endacott doubted whether all the shops will be retained with the key element being how many leases can be re-negotiated. Given the current difficulty on the high street, he predicted that Hays will end up with 350-400 outlets.

“It won’t be 550, I can guarantee that, but I think it will work for him,” predicted Endacott. “It depends who will provide the stock for him, which leads on to our second question – who is going to replace the capacity taken out by Thomas Cook?”

Brooks backed the Hays deal but questioned how much longevity there is in the high street and how long retail can work in travel.

Endacott responded: “The key thing is customer access. If you are relying on Google to recruit customers it’s too expensive, so you have to have a 30%-40% return loyalty factor and it’s quite difficult to deliver in an online world where you don’t actually control the end result experience which is the case of most OTAs.

“They key issue is how it manufactures its own product, to go alongside the product of Jet2 and Thomson [Tui] because we both know they will drive as much direct to their channels as they can. If they perceive the independent channels weak, they will cut commissions.

“So I don’t think independent retailers can rely completely on those products, although in certain areas you have to sell them, but they have to complement them and complement with what?

Brooks admitted to being “quite shocked” to hear Endacott promoting high street retail to online.

Endacott responded by describing homeworking as the number one model followed by OTAs and the high street.

He added that the high street must still evolve to be more convenient for the customer at a time when homeworkers are available in the evenings and for home visits.

“They don’t demand that the customer has to repeatedly walk into their shop,” he said. “So, therefore, I think there is still an evolution to go but the relationships in the shops can and will be extended as we move forward into the next generation high street retailer.”

Pubcast: The shake out from Thomas Cook