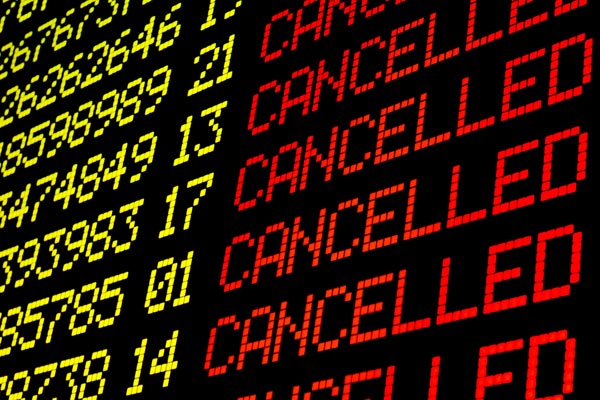 Hundreds of flights are being cancelled today due to a strike by Italian air traffic controllers and workers at Finnair.

The walkout from four air traffic control centres in Italy between 1pm and 5pm local time is affecting thousands of travellers.

Controllers at five airports are also involved in the industrial action.

More than 100 Alitalia flights from its main hub at Rome Fiumicino as well as Milan Linate airport have been affected.

The dispute is also affecting British Airways, Ryanair and easyJet services between the UK and Italy.

EasyJet warned of cancellations and delays.

The UK budget carrier said: “We’re working to minimise the impact of this strike, but like other airlines flying to and from Italy, we are expecting a number of cancellations and potential delays.

“Any customers on affected flights will be contacted via email and SMS.

“Although this situation is outside our control, we do understand that it can be a very frustrating situation for all customers travelling.”

Finnair has also been forced to cancel the majority of flights today and seven long-haul services into its Helsinki hub on Tuesday due to strike action.

“The support strike will affect many of our critical operations including ground handling and customer service at Helsinki airport, as well as our catering and technical operations,” the airline said. “Finnair is not a party in the dispute in question.”