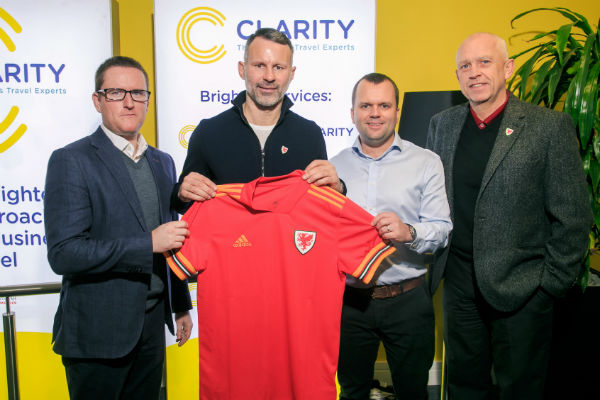 Clarity Sports is to provide travel for the Welsh national football teams in a three-year deal.

The agreement with the Football Association of Wales follows the arm of travel management company Clarity taking over Thomas Cook Sports in October in the wake of the collapse of the travel group.

A contract will see the company provide travel for the Wales team including next summer’s European Championships.

The Welsh national side has been drawn against Italy, Switzerland and Turkey and will play games initially in Baku and Rome.

The women’s international team will continue its 2021 European Championship qualifying campaign in April 2020.

Clarity sports travel director Rob Slawson said: “The role we play is to take any stress of travel away from the team, so that their focus can be 100% on preparing and competing.

“We take the worry away from arranging aircraft, bedrooms and travel logistics around the globe and we take great pride in our duty of care for players and staff to ensure a stress-free journey to fixtures and venues, doing everything we can to have a positive impact on the teams’ performance.

“It’s always an honour to be trusted by any team or organisation to facilitate their travel. We are delighted to be able to announce that we will be providing the team travel for Wales until 2022 initially.

“The recent success of the men’s senior team and their continued development under [manager] Ryan Giggs makes this a particularly exciting time to begin this association with the FAW, and we hope to be a part of that continued success.”

Football Association of Wales chief executive Jonathan Ford added: “UEFA Euro 2020 will be the first pan-Europe edition of the finals tournament – to be working with experienced, industry experts during this time will be very important to our logistical planning.”