Youth travel specialist Contiki has launched a Vegan Food Europe Explorer group tour, which will be led by food bloggers.

The eight-day itinerary has been revealed ahead of Veganuary, which sees many Brits try a vegan diet during the month of January – in addition to the estimated 600,000 regular vegans in the UK.

Created in response to demand from its clients – who are aged from 18 to 35 – the eight-day food tour will showcase the plant-based highlights across Europe, starting in Berlin on August 16.

It will be led by bloggers Clare Every aka @thelittlelondonvegan (main picture) and Laura Grosch (below) aka @laurafruitfairy, and will also visit Prague, Vienna and Budapest. 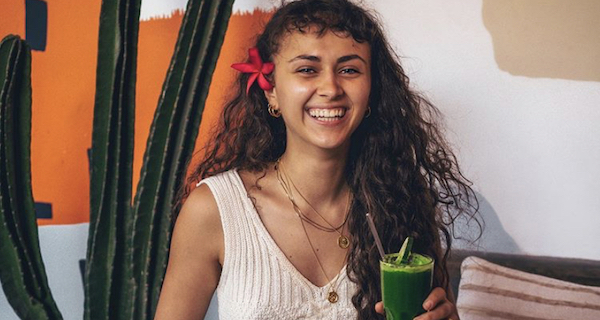 Foodie experiences include a vegan cooking class in Budapest run by @laurafruitfairy, a private, plant-based EatWith dining experience with locals in Berlin, a dinner cruise along the Danube river and the chance to sample a wide range of vegan delicacies on an interactive food tour in Berlin.

Other experiences will include a guide bike tour of Prague and a classical music concert in Vienna, the home of Beethoven.

Donna Jeavons, sales and marketing director at Contiki UK, said: “Food and travel go hand in hand and it can be a challenge for those practising veganism to have the chance to experience local delicacies in certain parts of the world.

“We’ve seen a big increase in queries from travellers about where to find the best vegan eateries.

“A dedicated vegan trip has long been a dream itinerary for us and we look forward to welcoming travellers on to this culinary adventure.”

BTA warns of corporate travel ‘catastrophe’ ahead of lobby

Government ‘must do more’ despite extending temporary insolvency measures