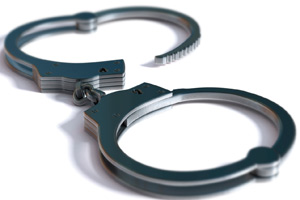 A decision not to jail five people who ran a major timeshare-style holiday scam involving hundreds of victims has been criticised by Abta for not being a strong enough deterrent.

Five senior staff from Exeter-based firm St Frances Marketing, which is now in liquidation, were ordered to pay £150,000 in costs at Exeter Crown Court after admitting “unfair trading”. However, they were spared a potential two-year stint in prison.

Devon Trading Standards, which brought the case, said customers from around the country were “ensnared” into attending presentations in Exeter with offers of free or heavily discounted holidays.

Customers were conned into paying between £8,000 and £17,000 and some were persuaded to take on debt to pay. Judge Philip Wassall said the practices were “wholesale and systematic”, adding their customers were nothing but their “victims”.

A Trading Standards spokesman said the judge had given the defendants credit for changing their pleas to guilty.

Abta risk manager Steve Abrahamson was asked to provide a witness statement and was due to give evidence in court before the accused changed their pleas seven days into the trial.

He said: “It is disappointing they weren’t given custodial sentences. However, I am pleased Devon Trading Standards brought action against the company and individuals concerned, and hope it sends a strong enough message that these types of practices won’t be tolerated.

“We’ll work hard with Trading Standards to ensure these scams are not going unnoticed.

“Where companies set out deliberately to deceive people we have to take action.”