The cone is big enough to hide behind. The filling – a smoky-sweet combination of toasted marshmallows, caramel and chocolate – is piled precariously high. Rivulets of ice cream drip down my arm as I take my first few mouthfuls of this fantastical dessert from House of Chimney Cakes.

This kind of sweet treat would fit right in at Disneyland or Knott’s Berry Farm, the attractions for which Anaheim is most famous. But this is the downtown area, revitalised and revamped as Center City. And, while it shares the bold colour and character of the southern Californian theme parks, daily life here moves to a different, more relaxed beat.

This is where residents hang out after work and on their lunch breaks, filling
the outdoor tables at Pour Vida’s new venue to eat cheeseburger tacos and huge
kale salads, or picking up buttery bread rolls and pastries at Japanese bakery Okayama Kobo. 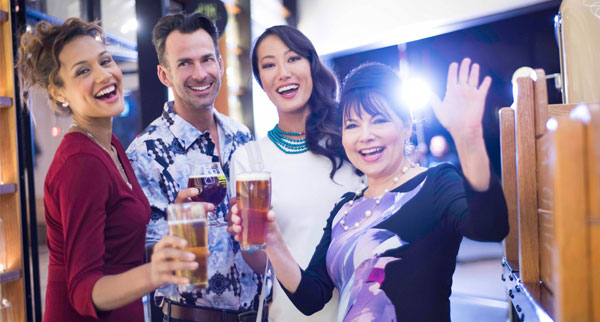 The nearby Packing District, a cluster of redeveloped (and still redeveloping) downtown factories, has become a popular hangout and dining destination. It would be easy to spend a day grazing around Anaheim Packing House, a Sunkist citrus-packing plant that stood empty for decades.

The bright-white building has been elegantly restored into a hall with stalls selling lemonade, ramen and Indian street food. The layout invites people to linger: broad steps between levels are littered with colourful cushions and there are outdoor areas for lounging.

“It would be easy to spend a day grazing around Anaheim Packing House, a Sunkist citrus-packing plant that stood empty for decades.”

Across the street, The Make Building – a former marmalade factory – is home to Jav’s BBQ restaurant, urban winery Pali Wine Co, Unsung Brewing Co and
an outdoor area with seats made from wheelbarrows.

Green spaces have been woven into downtown’s fabric. Farmers Park, for example, has a grassy lawn with deckchairs and a garden used to grow produce
for Cultivation Kitchen. Modern Times Beer is opening a site here too, with taproom, gardens and even an outdoor pool. 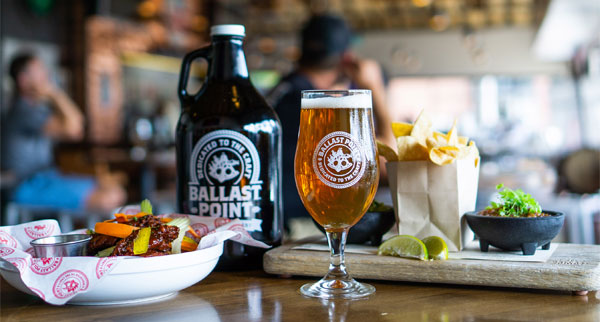 These launches are helping to drive foot traffic to more established attractions such as Muzeo, a free cultural centre featuring rotating exhibitions – past shows have included Downton Abbey costumes and a bold collection of Chicano art.

A permanent display in the 1908 Carnegie Library building traces the city’s history, including early Bavarian settlers, alongside displays of Anaheim art.
“It’s important to us that people can come in and see work by local artists,” says Muzeo’s chief executive, Bill Bailor.

“One of Muzeo’s most popular shows is a toy trains exhibition held each summer in partnership with Disney.”

Visitor numbers are rising, he adds, as more people become aware of the charms of downtown – or that there even is a downtown. And this isn’t about competing with the theme parks. The cultural and culinary offerings of the revitalised centre can complement a Disney holiday, and offer a welcome break from the crowds.

It’s also a great place for business travellers to fill in a few hours between meetings, even if they’re visiting without a car. Art buses link Center City with the resorts, while dinky orange Fran electric vehicles offer free rides around the downtown area.

The different facets of Anaheim are working together, too. One of Muzeo’s most popular shows is a toy trains exhibition held each summer in partnership with Disney. 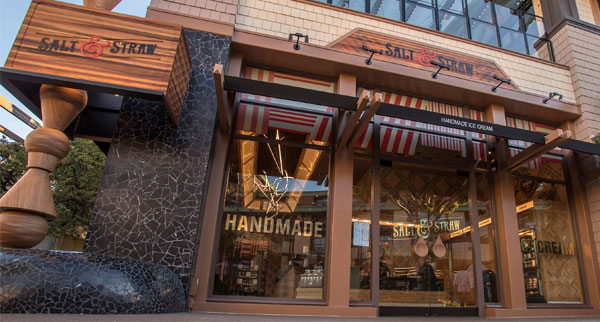 All these hip happenings are having a knock-on effect on the parks. Craft brewery Ballast Point opened a location in Downtown Disney – a first for the park – last year, with about 100 beers on tap. Oregon-based creamery Salt & Straw has also opened up there, crafting its organic ice cream into fun and colourful creations befitting the theme park location.

SteelCraft, a food court with vendors serving tacos, pizza and ice cream from repurposed shipping containers, is another recent addition, sitting just a short drive from Disneyland Resort. Since opening late last year, it has not only elevated the area’s food scene but also added a classic arcade, ping pong and plenty more hipster-inspired attractions.

Suggest clients keen on digging further into Anaheim’s culinary scene explore Little Arabia, a cluster of eateries, market stalls and shops in the western part of the city. Restaurants serve up Lebanese, Moroccan and Armenian cuisine, while Altayebat Market has the heady scents and labyrinthine layout of Middle Eastern souks.

“Craft brewery Ballast Point opened a location in Downtown Disney – a first for the park – last year, with about 100 beers on tap.”

Or recommend Little Saigon, home to about 40,000 Vietnamese Americans and a staggering number of restaurants. The choice is overwhelming, so Asian Garden Mall – with traditional bakeries, jewellery shops and stalls selling fresh sugarcane juice – is a good start.

Back in Center City, the streets are beginning to fill with after-work crowds taking advantage of happy-hour specials. People gravitate to The Packing House’s tucked-away restaurants and bars, including speakeasy-style joint The Blind Rabbit and upscale Mexican spot Urbana, which serves zingy tacos, sharing plates and classic cocktails with a twist.

At the moment, most of the activity can be found in a few pockets. The area has more of a quiet hum than a loud buzz. But then, in a town famous for head-spinning, eye-popping thrills, it’s this slower pace that makes Center City so appealing. 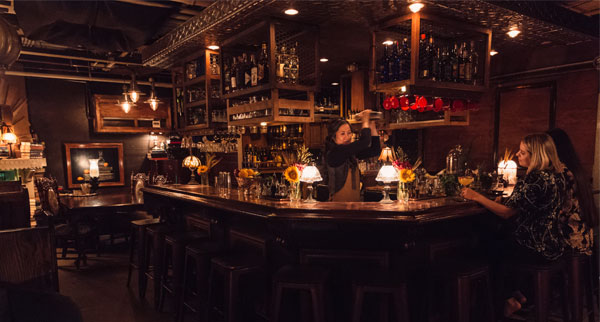 Anaheim is home to the original Disney and close to Knott’s Berry Farm, which started out as a roadside fruit stall and evolved into a popular theme park with rollercoasters and renowned fried chicken. So most visitors come primarily for family-friendly fun.

Disneyland’s Star Wars: Galaxy’s Edge opened with a fanfare and fireworks in June 2019. Queuing for the Millennium Falcon: Smuggler’s Run ride is almost as exciting as piloting the spaceship, which is just as well, since the lines have been predictably long since it opened. Patrolling storm troopers, holograms, android factories and sound effects help the time pass more quickly.

Pixar Pier debuted at Disney California Adventure Park in summer 2018, replacing Paradise Pier. This area of the park is designed for strolling, grazing at various restaurants and meeting characters from Toy Story and The Incredibles. Its attractions include the Incredicoaster and an area inspired by the film Inside Out.

Back at Knott’s Berry Farm, the newest attraction is HangTime, a steel rollercoaster that twists, turns, ducks and dives. The journey features a beyond vertical drop and belly-flipping suspensions, so it’s not one for nervous riders. 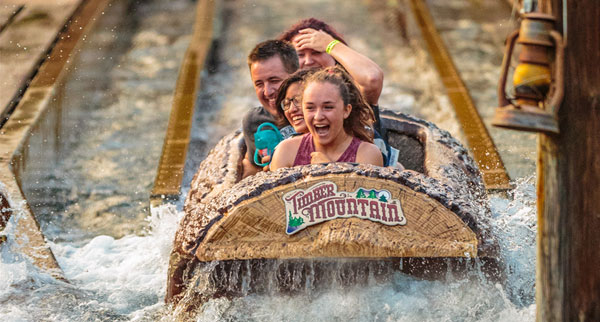 Kimpton Anaheim: One of the hottest hotel openings is the city’s first Kimpton, a relatively small property with 200 rooms. Its intimate, design-led feel and chic rooftop pool area will appeal to families looking for something a little more serene and personal, while also being a good option for business
travellers keen to escape the Disney bubble. It’s set to open in Garden Grove in 2021.

Element Anaheim Resort Convention Center: Near the Convention Center and within walking distance of Disneyland, this Element by Westin is due to open in May, adding a more boutiquestyle property to Anaheim’s accommodation options. The hotel will offer 174 spacious rooms, a relaxed pool deck with barbecue areas and lounge chairs, and an included breakfast buffet.