Cyplon Holidays’ BDM Faye Anderson visited the travel agency during the peaks as part of its Back to the Floor days. Benjamin Coren popped along too.

We all know peaks can be so busy that you often wish you had someone there to take a bit of the pressure off.

Cannon Travel, in Ware, Hertfordshire, is among the many agencies inundated with enquiries in January and February and eager to capitalise on demand by making as many bookings as possible, so a helping hand is always welcome.

Step up Cyplon Holidays, which has embarked on a mission to better understand agents who sell its product by sending its two business development managers to spend time with them.

Branch manager Tracy Williams said the support of Cyplon’s Faye Anderson was invaluable, not just to give agents the chance to focus on bookings, but for improving relationships with the operator.

“It’s been great for the team to speak to Faye to build their knowledge and share tips and ideas for selling holidays. It’s all about sharing information, and if customers are looking at a Cyplon holiday to book, it’s great to have the in-depth knowledge first-hand.”

Cannon Travel, which also has a branch in nearby Hoddeston that has been trading for nearly 30 years, enjoys a heavy footfall in Ware, where it opened 10 years ago.

Its agents not only book operators such as Cyplon, but sell a large amount of domestic travel and theatre breaks as well as operating its own tours under the Atol licence it has through being a member of Worldchoice.

Organising their own trips is a mainstay of owners Vivian Townsend and Kevin Brooks, who like to plan and lead the trips, advertised on colourful boards outside the shop, when they can – alongside other responsibilities. Brooks focuses on the firm’s finances and is involved in the local Chamber of Commerce, while Townsend sells to her own client database.

“When it’s not as busy as it was this January, tours are promoted to regular customers via eblasts and Facebook.”

Among its self-packaged tours is its annual overseas trip, which this year is heading to Puglia, Italy, in October, and last year ventured to Canada. The trip operates like a small group tour and Cannon works with an operator to set it up but sells it as its own package.

Its coach tours, which head to destinations such as the Isle of Man, Torquay, Bournemouth and Llandudno are packaged up as Cannon Travel’s own product too.

When it’s not as busy as it was this January, these tours are promoted to regular customers via eblasts and Facebook, from which Tracy says “we get a lot of leads”.

Another way of attracting new customers has been events, either in-store or in the local community, where Cannon agents share the knowledge they pick up from the various training events with customers.

“With Cyplon Holidays joining us, we advertised to that they were here and promoted their special offers,” says Williams. “We aim to do something a bit different for customers and we are reacting to what they ask for.

“We held our first Around the World Holiday Show in January. We had 20 operators and more than 350 people came. It was a great event; people met operators and there were destination seminars.”

“A recent Discover Africa event was held in the local Conservative Club, with Africa specialists invited to pitch their tours to about 50 customers.”

Williams, who has experience running events and has encouraged them since joining the business a year ago, says Cannon’s “great client database” has helped get the word out to customers who are encouraged to book once they meet the team in person. She praised the owners for taking the “leap of faith” in backing her events strategy – they now host about 10 a year.

A recent Discover Africa event was held in the local Conservative Club, with Africa specialists invited to pitch their tours to about 50 customers – that was followed by an event run in partnership with AmaWaterways.

“Holding these events is about supply and demand,” says Williams. “If there’s interest [in a particular product] we will do something. It provides important product knowledge for customers, and staff.”

That knowledge comes in handy when enquiries are flooding in during peaks, and can be put to even greater use when they’ve got support from operator partners such as Cyplon Holidays’ BDMs.

How long have you been in travel?
With Cannon for 10 years, but 35 in total. I joined Cannon when it replaced Martin Walker Travel.

Do you have a specialism?
Safari. I’ve been to Kenya eight times. I’m hooked.

Has it helped having Cyplon’s BDM here?
During peaks we can’t always meet and greet customers. If someone wants Cyplon products, Faye’s knowledge is amazing.

How long have you been in travel?
I’ve been here two and a half years, but I’ve been in travel for 40 years. I started in Cheshunt at Carefree Travel then I worked for Thomas Cook in London.

What do you like to sell?
Cruise. I’m the specialist and know most of the brands.

How has having Faye here helped?
She’s been great, offering an extra set of hands, helping stamp brochures, putting them out and making tea. It allows us to focus on bookings. 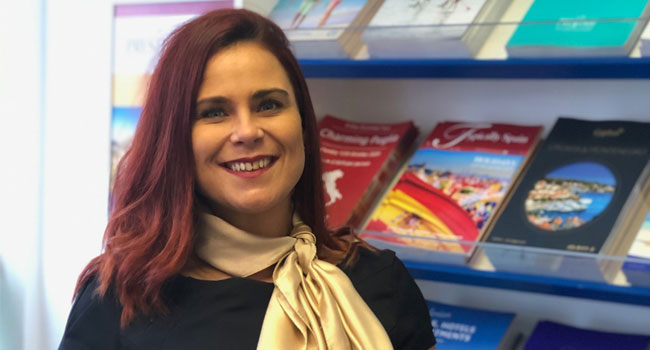 As part of Cyplon Holidays’ Back to the Floor days, I’ve visited eight agencies in the south of England. It’s the first year we’ve done this, and we’ve been lending a hand to our loyal agents so they can focus on making bookings. We’re here to do whatever needs to be done to free up time, whether that’s making rounds of tea, going out to get lunch, welcoming customers at the door, putting brochures out and taking on admin jobs.

It’s been a great chance to not only support agents, but get to know them, which improves our working relationship. That’s important to Cyplon, where I’ve been for about a year now having previously worked for Collette – where I was also on the road. These visits help us relate to agents and see what their day-to-day role is, and allows us to see who is walking through the door and is also an opportunity to talk to them about the destinations we sell.