Six months ago this would have been called ‘A day with…Thomas Cook’.

The branch in the town of Rustington was one of 553 Thomas Cook stores that was a victim of the travel giant’s collapse in September last year.

Hays Travel took on the leases of 553 shops, and 476 have reopened as part of the independent agency’s retail network, now at 650 shops.

In Rustington, Hays merged staff at the two shops that used to compete for custom and they all moved into the former Thomas Cook premises in December.

“When the news [of the collapse] broke I was devastated. I didn’t realise how much passion I had for the company until it wasn’t there.”

Branch manager Sarah Reeves, who has lived in the town her whole life and been an agent for 26 years, was manager of the former Thomas Cook shop. She said: “When the news [of the collapse] broke I was devastated. I didn’t realise how much passion I had for the company until it wasn’t there. Most of the product we sold was Thomas Cook holidays. I wanted to continue working in travel and when they said they were reopening the stores I had to come back.”

Reeves’ former colleague, Amber Yeoman, also returned while one colleague got a job elsewhere and another retired. All staff at the existing Hays Travel branch, which was one street over, moved over.

“I went to the branch to say hello and before they came here, they helped us a lot,” says Reeves. “It has worked really well. They taught us loads of things, and I have taught them a lot too.” 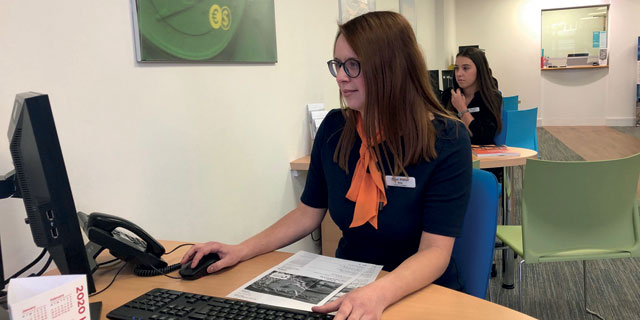 Reeves describes the transition as “tough to start with”. She recalls: “We had no phones or computers so when customers came in to chat we had to let them know we were still here.”

The ex-Thomas Cook agents used mobile phones to make bookings before they were up and running on Hays’ systems. “After about three weeks we had phones again,” says Reeves. “It was always going to take time. At first, if we needed access to certain things, we could go to the other Hays branch.”

“We had no phones or computers so when customers came in to chat we had to let them know we were still here.”

The branch serves Rustington, Littlehampton and Worthing and sells a lot of cruise holidays. Reeves puts this down to the demographic. She says: “There are a lot of wealthy and more mature people, so the products we sell tend to be higher end.”

Reeves notes that without the Thomas Cook holidays they haven’t yet filled the gap for the family market locally. She describes working for Hays like “going back to when I was first starting in travel”, adding: “You have lots more operators you can sell so there is more to check. You’re checking prices across more operators and you need a much larger product and destination knowledge to make sales.” 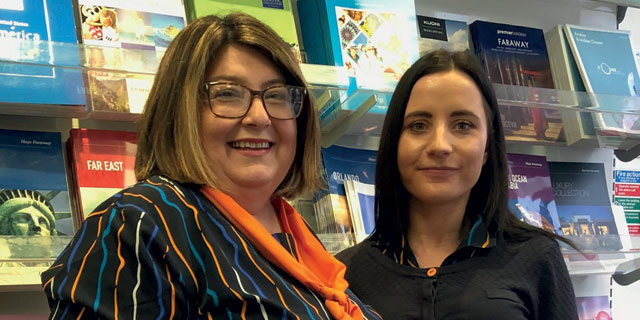 Unified team
Hays Travel is also keen for branches to get involved in the local community, and Rustington is developing a relationship with local charity Ferring Country Centre, which provides activities for adults with learning disabilities. Reeves said some customers regularly use the charity’s services.

Online training has been provided by Hays to help the former Thomas Cook staff get up to speed with operators they haven’t sold before, and Reeves has attended training days to brush up on product knowledge.

The amalgamation of the shops is beneficial, says Reeves. “We’re taking the best from Hays and Thomas Cook and combining them. I’m grateful to have the opportunity to come back and the future looks amazing. The customers are enjoying it and I like to think this time next year that we’ll all be in Hays uniform, the new signage will be up and we will have fully rebranded
as a Hays store.”

“Online training has been provided by Hays to help the former Thomas Cook staff get up to speed with operators they haven’t sold before.”

“When we closed and merged it made complete sense,” she says. “We thought the branch may close all along and it makes sense to be located right on the high street. It was an easy move and all the jobs were safe. We’re much stronger together as one. I’m really happy to make the change. Sarah has been a manager for a long time and I can learn a lot from her and I’m more confident in the assistant manager role here.”

The message is one of confidence, strength in numbers and looking forward to a bright future together serving the town where both agencies have been for years. 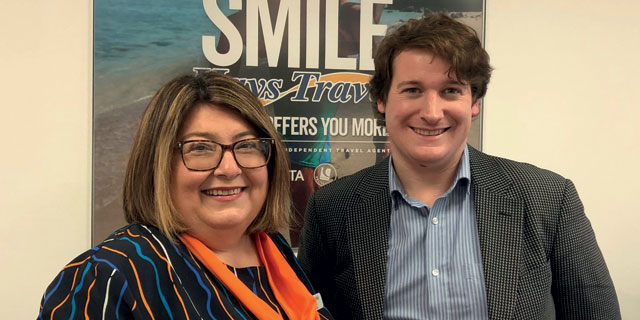 Benjamin’s day at Hays Travel
The village of Rustington has a busy high street and the agency is right in the middle of it. Like many Hays branches that used to be a Thomas Cook, the exterior still lacks a more permanent sign, with a banner rather than a fascia when I visited.

The interior is bright and open, but remains of Thomas Cook can still be spotted by eagle-eyed visitors who look beyond the walls lined with brochures and the well-used bureau de change. But this doesn’t deter from the friendliness and professionalism of the branch.

The eight-strong team of staff are all local and the community values the agency, which is evident when you see the rapport the team has with its customers, who clearly know them well, regardless of which branch they worked in before Hays replaced Thomas Cook. The future looks to be as bright as the Hays Travel uniforms they all hope to be wearing soon.

What attracted you to travel?
I have a passion for it. I did work experience with Sarah 15 years ago when I was at school.

How did you react to the Thomas Cook collapse?
It was a shock. There was some build up and we had been reassured of our jobs and so we reassured customers.

How did it feel to know you were going back to work?
It was nice knowing we had the shop back. I’m happy it worked out.

What attracted you to travel?
I was lucky to travel a lot with my parents when I was younger, so matching people with their dream holidays is the ideal job.

A day with… Premier Travel, Cambridge

A day with… Not Just Travel, Bournemouth