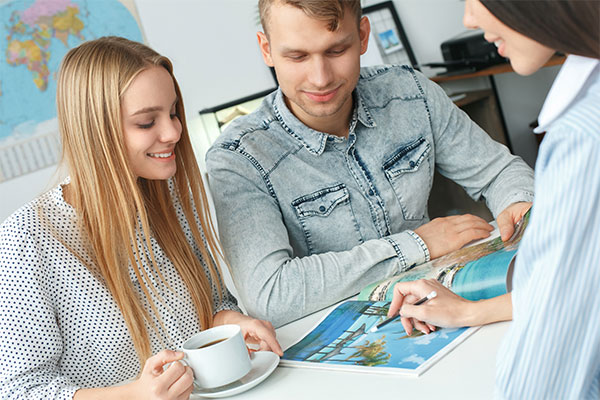 By Ben Ireland and Juliet Dennis

Travel agents have called for more clarity on the government’s ‘phased’ approach to reintroducing retail before they can commit to reopening shops.

Prime minister Boris Johnson announced on Sunday that he hoped more shops could begin to reopen from June 1.

A 50-page government document followed on Monday, with eight lines of text on the subject saying details about which businesses could reopen when would be revealed “shortly”.

Helen Dickinson, chief executive of the British Retail Consortium, called for more clarity and said: “Safety is what counts.”

Haslemere Travel owner Gemma Antrobus said her high street shop in Surrey was likely to operate a closed-door, appointment-only policy when it was allowed to open, as well as video calls with clients.

“We will do whatever the government says on how we should operate but I would like to know more [on what we need to do],” she said.

“We are not a work-from-home business; it’s fine if it means another four or five weeks but we cannot work like this for ever.”

Paul Hardwick, head of commercial at Fred Olsen Travel, said he would be looking to reopen some of the agency’s 15 stores from June 1 with a skeleton staff. But he too called on the government to give more clarity on health and safety measures.

“We absolutely have to know our staff will be safe before we can open,” he said.

Polka Dot Travel operations director Mark Johnson said he was in “no rush” to reopen the agency’s 19 shops, adding that because “demand for 2020 isn’t there”, doing so would “increase overheads” and add “unnecessary strain” on the business.

Simon Morgan, chief executive of Tailor Made Travel, said lockdown rules in Wales meant he could not open any stores in the near future. He does not envisage all 20 shops reopening until January 2021.

Jacqueline Dobson, president of Barrhead Travel, pointed out that – with its branches spread across Scotland, England and Northern Ireland – the retail network would be operating under different guidance. Others are based in shopping centres, adding another layer of complexity, she added.

“There is a long road ahead in terms of addressing challenges and guidelines that will need to be met for reopening retail stores,” said Dobson. “We are currently working on extensive plans which look at variations of a phased return and how we can ensure the health and safety of our employees and customers at all times. This is proving more complex given the differing advice between the devolved nations and the UK Government and we will need to work to each set of guidelines depending on every store’s geographical location.”

Tui, which has more than 500 retail shops, said it had “no reopening plans at the moment”.

Hays Travel, which has 650-plus stores, said reopening would be “in line with government guidance”, with staff and client safety the “first priority”.