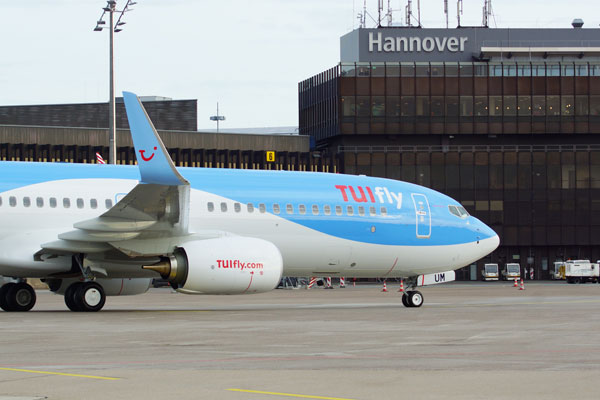 The Balearic islands, Greece, Cyprus, Portugal and Croatia are among the first destinations targeted by Tui Group for the resumption of operations this summer as Covid-19 travel restrictions are relaxed .

Tui UK and Ireland restarts operations from July 11 with flights from Gatwick to Ibiza and Birmingham to Palma.

The schedule will rise to 44 flights a week to eight destinations between by July 24, rising to 19 destinations from July 25, ramping up its short and mid-haul flying further from August.

Germany restarted with two flights on June 15 to Majorca, with an additional 40 departures by the end of the month.

The first data from a pilot scheme sending German holidaymakers to Palma in mid-June show that customers are accepting the protective measures and requirements during the flights and in the hotels, according to the company.

Details on the outcome of the pilot and customer sentiments will be released next week, Tui revealed.

“The goal of the Balearic and Spanish governments as well as of Tui was to apply the health and safety concepts in practice and to evaluate their acceptance by the guests,” the group added.

The German arm plans to run 1,500 flights, mainly to the Balearic Islands, Greece, Cyprus and Portugal. The Canary Islands will be served again from July 1.

“It is right and reflects the demand of many holiday makers to allow travel to non-EU countries where possible in a similar safe and responsible way, such as in Turkey or Morocco,” Tui said.

“Conversations with the respective governments give confidence that their health and safety protocols meet high standards as within the EU.

“As an integrated tourism group with its own tour operators, hotels and airlines, Tui is well prepared to offer holidays in those popular destinations at short notice, once national travel restrictions have been lifted.

“In the coming weeks, all markets are gradually increasing their volumes according to the demand and the growing number of destinations being accessible.

“To ensure the health and safety of its customers, Tui has introduced a comprehensive set of measures and protocols, including a 10-point plan for its hotels, and is working closely together with its partners, such as airlines, airports, hotels and the relevant authorities and governments in the destinations.”

At a glance guide to Tui restart activities:

Germany: Tui Deutschland restarted its operation on June 15, with two flights routed from Düsseldorf and Frankfurt to Majorca and has since then scheduled 40 additional flights until end of June.

Austria: The first Tui Austria flight will take off from Vienna on July 3 to Crete. In July, 60 weekly departures are scheduled with a focus on the Greek islands.

Switzerland: TUuiSuisse restarted operations on June 18, with the first flight from Zurich to Faro and on June 29 to Larnaca. Departures are scheduled in the following weeks with a focus on the Balearic Islands, Greece and the Canary Islands.

Poland: Tui Poland is on track to start operations to Majorca and Crete from July 1 and will then quickly add Bulgaria and the Greek Islands to its portfolio. Tui Poland has moved its entire customer service to digital, providing all guests a fully digital 24/7 support via an app.

Sweden: Sweden opens its borders four leisure travel on June 30. A few days later, the first Swedes will fly to Rhodes on Tui flights. In the following weeks, the regular business to Schengen countries will restart, with most holidaymakers traditionally choosing to travel to Spain and Greece.

Norway: The Norwegian government has outlined plans to open its borders to many Schengen countries on July 15. The first Tui holidaymakers are expected to depart from Oslo in the same week to Crete.

Denmark: The country’s borders opened to most European countries on June 27. The first flight with Danish holidaymakers will take off from Copenhagen to Crete in the second week of July. Denmark will then start offering flights again to countries like Spain and Cyprus following consumer demand.

Finland: Finland is lifting travel bans for a growing number of European countries from July 13. Customer demand for summer travel is high. The first flight from Helsinki is planned to Crete followed by Rhodes.

Belgium: Tui Fly Belgium operated its first flight from Brussels to Dubrovnik on June 20. The Belgian operator will run a programme to Spain and Greece from July 1. The company will fully operate its programme with 219 weekly flights to 72 destinations from July 24.

Netherlands: Tui Netherlands restarts on July 1, with the first flight from Amsterdam to Majorca, followed by Gran Canaria, Tenerife, Ibiza, and several Greek Islands later that week. Flights to Cyprus and Bulgaria are planned from mid-July. The schedule for the summer will then increase to more than 200 flights to 30 destinations. The first long-haul flight after lockdown will take off to Curaçao on July 2, followed by Bonaire and Aruba the following week.

France: Tui France will focus on its core club brands, Club Marmara, Club Lookéa and its core tour brand Nouvelles Frontières. About 40 clubs will reopen on July 1 in France, Greece, Spain and Italy. The main summer season in France starts between July and August with the reopening of more than 50% of its core club brands’ offering.