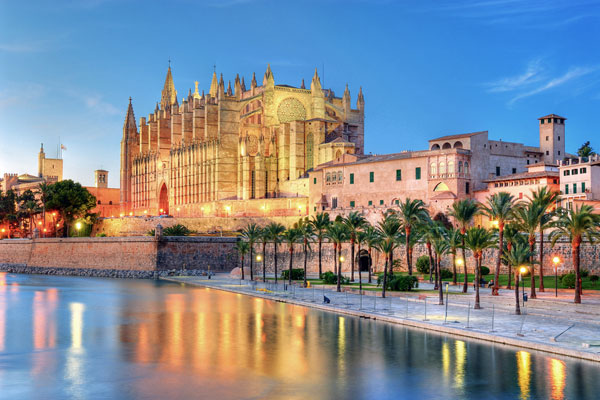 A new app is being trialled to guarantee social distancing on beaches surrounding Palma.

The ‘SafeBeaches’ app is an adaptation of a trial previously used to manage the flow of cruise passengers around the city.

It links to heat sensors that are able to monitor the amount of human activity on Palma’s surrounding beaches.

The app will then display in real time which beaches are less crowded and which are at full capacity so that both visitors and residents can make informed decisions about where to go.

Available for visitors via android and IOS, the app will be available to download from July 10, Palma Tourist Board managing director Pedro Homar revealed.

Meanwhile, almost three quarters of hotels in Palma are expected to reopen by August.

Palma and Cala Major Hotel Association president Javier Vich confirmed that 70% will be open, with others anticipated in September and October.

More than half (60%) of hotels in the area are expected to be open by the end of July.

The Majorcan capital has one of the highest percentages of four- and five-star properties in Spain, partly due to the “positive evolution” of the city’s tourism infrastructure in recent years, according to Vich.

Four and five star properties now account for over 90% of the city’s hotel inventory with a total of 10,560 hotel beds.

Vich said: “Of course our hotel sector has been hit significantly by this crisis but we are reassured at the rate of which our properties are reopening and their rapid adaptation of new measures and protocols to ensure the safety of guests and staff.”