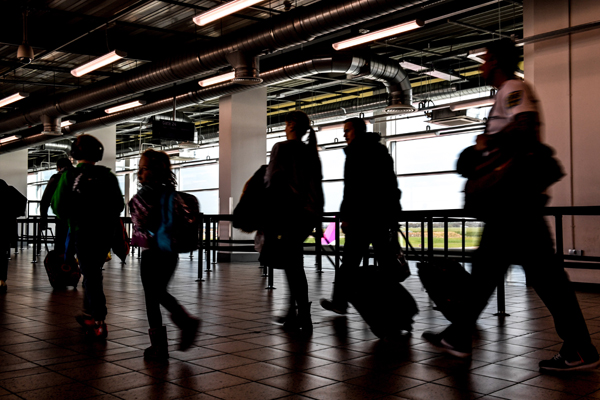 The government is being urged to introduce an emergency 12-month suspension of Air Passenger Duty to help the aviation industry recover from the catastrophic impact of coronavirus.

A group of 24 leading Conservative MPs have written to chancellor Rishi Sunak urging him to waive the passenger tax.

They argue that aviation has been one of the sectors hardest hit by the pandemic with a 98% fall in flights and projections that it will take up to four years to recover to pre-Covid levels.

“Our sky-high levels of Air Passenger Duty risk restricting the UK’s economic recovery and international competitiveness, damage trade and business and risk leaving Global Britain behind our European neighbours,” said the MPs in their letter ahead of Sunak’s economic recovery plan due on Wednesday.

Other signatories include Henry Smith, Tory chair of the cross-party Future of Aviation group and former aviation minister Paul Maynard. Future for Aviation made its own call last week for a pause in the tax until the end of the summer 2021 season.

The letter added: “If we maintain our current levels of Air Passenger Duty, it will become a ‘tax on recovery’ as flying is the only viable route for investors and businesspeople to approach and service existing and potential new markets.

“Therefore, we are asking that you suspend Air Passenger Duty until the conclusion of the summer season of 2021 to provide much needed support for our aviation sector and the thousands of jobs that it supports.

“We would also urge you to use this period to conduct a full review of air passenger duty to determine whether the policy supports the government’s broader aims including a truly global Britain.

“We need urgent action now to safeguard jobs, the UK’s international competitiveness as an aviation hub and, crucially, to ensure that our economy recovers from the impacts of Covid-19 as soon as it is safe and possible to do so.

“A temporary suspension of air passenger duty would support this and be a powerful symbol that Britain is open for business.”

Suspending air passenger duty for a year would cost the Treasury £3.7 billion.

Airlines UK chief executive Tim Alderslade, writing in The Telegraph, said: “In this hugely challenging context, the single, most important step that ministers could take to safeguard the UK’s world-leading aviation sector is to introduce a time-limited, emergency 12-month suspension of Air Passenger Duty.

“Passengers from the UK, be they holidaymakers to Spain or those on business trips to China, pay by far the highest aviation tax in Europe – twice that of Germany. For a family travelling long-haul, this can add hundreds of pounds to the cost of the ticket.

“An emergency suspension of the tax for 12 months – alongside a clear signal of support for the ending of the double taxation for UK domestic travel – would be a game changer, boosting demand, allowing airlines to maintain and build back connectivity, and protecting jobs in the process. With the skies so empty, the cost to the Treasury would also be hugely minimised. Countries like Norway, recognising the danger, have already acted in this way.