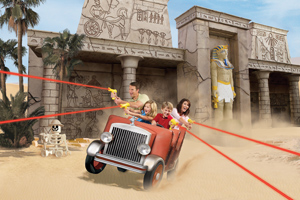 Legoland Florida is expected to host a number of fam trips early in 2012 to improve agents’ knowledge of the new attraction.

The park, situated on the old Cypress Gardens theme park site between Tampa and Orlando, is due to open on October 15.

It is the first new park to be opened by Merlin Entertainments, which owns more than 80 attractions around the world including Madame Tussauds and Legoland parks in Windsor, mainland Europe and California.

Nigel McShine-Jones, UK trade sales manager, said: “The first stage of our strategy was to establish Legoland Florida with the wholesale distributors, and now we will be working with them to reach their retail partners.

“Agents will play a key role in showcasing Legoland Florida to their customers, and we will be talking to our partners to host as many agents as possible in 2012.”

Legoland Parks managing director John Jakobsen said he hoped the UK would challenge to be the biggest overseas market.