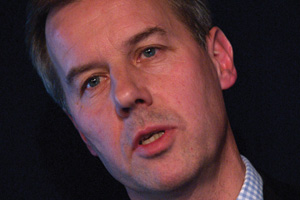 Youtravel.com group managing director Graham Nichols is leaving the business as it prepares for a move to central London.

In a statement, the company said Nichols was stepping down after three years in the role because of personal reasons, including the difficulties of travelling between the offices in the UK and Athens.

David Howell, formerly group finance director at lastminute.com and First Choice, will become an executive director and take on the role of group managing director. Howell has been a non-executive member of the Youtravel board since early this year.

Matt Cheevers will continue his responsibilities for UK and international sales but now takes on the role of UK managing director. Cheevers will report to Howell.

The bed bank’s offices will move from Guildford, Surrey, to a central London base, near Victoria, on October 1. The statement said the move would cement the company’s presence in the UK market by being closer to key customers, suppliers and financial institutions.

Nichols said: “I am delighted to have been part of the Youtravel story and wish all my friends and colleagues there every success for the future.”

John Kent, chief executive and founder of the Youtravel Group, added: “I would like to thank Graham for his contribution over the past three years. He leaves with my very best wishes for the future.”

In the new structure, Kent will take on more involvement in the running of the Youtravel Group.