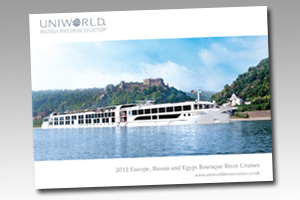 Although its 14 river cruise ships have been sold through a trade partner since 2005, it will be the first time the product has been sold under the Uniworld brand through agents. The brand began selling its products direct to consumers in June 2010.

1STS sales director Paul Melinis plans to strike deals with agency consortia and multiples to sell the product. He hopes agents who sell its tour brands will want to sell the luxury cruises, which lead in at £1,650 for eight days.

He said: “We think there could be a lot of cross-selling between touring and river cruising; they go hand in hand.

“We think there is a gap in the market for this product and our aim is to increase awareness.”

The cruises are sold with transfers and can be sold with or without flights.

Agents who make a booking before the end of September will be entered into a prize draw to win a Danube cruise in 2012. Brochure offers include up to £600 off 2012 cruises booked by the end of October.