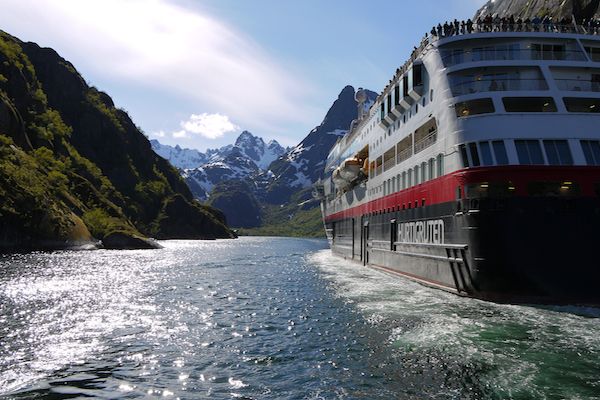 Three UK cruises from Dover have been confirmed by Hurtigruten for next year.

Calls include Fort William, Isles of Scilly, Rathlin Island and the Isle of Iona.

Health and safety protocols, following guidance from the Norwegian government and local authorities, will be in place to ensure passenger and crew safety, according to the expedition brand.

UK general manager Anthony Daniels said: “We’re thrilled to be adding another adventurous itinerary to our existing British Isles departures from Dover in 2021.

“Our newly refurbished MS Maud will take guests along the striking British coastline to be closer to nature and wildlife, as well charming small towns beaming with personality.

“With staycations on the rise, this is a fantastic opportunity for those looking to explore expedition cruising – whilst being close to home.”