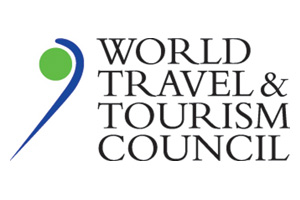 The global travel industry will pass a triple milestone this year, topping one billion visitors, 100 million jobs and a $2-trillion contribution to GDP, according to the World Travel and Tourism Council.

The WTTC forecast a ground-breaking year for the industry as it predicted growth of 2.8% in travel in 2012, just above the 2.5% rate of growth forecast for the world economy.

WTTC president David Scowsill said travel and tourism’s full contribution to the economy would be even higher, taking account of the sector’s full impact, at $6.3 trillion, 9% of global GDP and one in 12 jobs.

Releasing the figures at German trade show ITB in Berlin, the WTTC forecast average growth of 4% a year in tourism through to 2022.

Scowsill said: “It is clear travel and tourism is going to be a significant driver of global growth and employment for the next decade.”

However, Scowsill described the prospects for growth in Europe as “precarious” The WTTC predicts 0.3% decline in tourism in the European Union. Scowsill said: “We forecast the EU will go backwards this year and the Mediterranean will be flat.”

In a report the WTTC warned: “Consumer spending is set to tighten as austerity measures kick in and there continues to be considerable uncertainty around the future of the euro zone.”

It predicted “sluggish growth” in Europe’s biggest travel market, Germany, despite the country’s relative economic health amid the turmoil of the euro zone. Scowsill warned: “Germany’s travel and tourism industry is set for a difficult year. Employment in the sector will fall. The economic uncertainty afflicting the EU will take its toll.”

The UK’s two biggest travel groups, Tui Travel and Thomas Cook, are also the number one and two in Germany.

The WTTC foresees much stronger growth in Asia, forecasting growth of 6.7% driven by India and China and a recovery in Japan. It pronounced the Japanese travel industry as likely to “stage a complete recovery” in the first half of this year from the earthquake and tsunami of March 2011. Scowsill said: “Japan’s recovery has been much better than anyone could have anticipated 12 months ago.”

It is the anniversary of the earthquake on March 11. The WTTC will hold its global summit in Sendai and Tokyo on April 16-19.