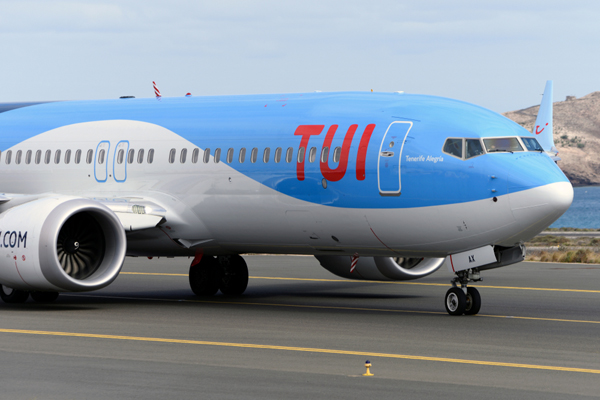 EASA approved the return to operations of a modified version of the Boeing 737 Max after executive director Patrick Ky signalled the recertification last week, and the CAA acted almost simultaneously to clear the 737 Max for service “subject to close oversight”.

The 737 Max has been grounded since March 2019 following two fatal accidents within five months which left 346 dead.

The US Federal Aviation Administration (FAA) cleared the Max to return in November.

The CAA said the decision followed “significant changes to the aircraft and pilot training” and said it would “have full review of UK airline plans to return the aircraft to service”.

It confirmed its decision was based “on detailed information from EASA, the FAA and Boeing”.

But it added: “The CAA has been closely involved in this approval work.”

The CAA noted the design modifications “include modification to the aircraft’s Manoeuvring Characteristics Augmentation System (MCAS) and other key safety changes.”

It added: “The CAA is in close contact with Tui, currently the only UK operator of the aircraft, as it returns its aircraft to service.

“We will have full oversight of the airline’s plans including its pilot training programmes and implementation of the required aircraft modifications.”

Tui has six 737 Max aircraft registered in the UK.

The CAA pointed out: “All airlines will need to go through the necessary steps to return the aircraft to service, including pilot training. This may result in flights into the UK not being seen immediately.”

CAA chief executive Richard Moriarty said: “This is not a decision we have taken lightly and we would not have allowed a return to service for UK operators, or lifted the ban on the aircraft operating in UK airspace, unless we were satisfied the aircraft type is airworthy and can be operated safely.

“The international work to return the Boeing 737 Max to the skies has been the most-extensive project of this kind ever undertaken.”

EASA said it had mandated “a package of software upgrades, electrical working rework, maintenance checks, operations manual updates and crew training which will allow the plane to fly safely”.

Ky insisted: “This assessment was carried out in full independence of Boeing or the FAA and without any economic or political pressure.

“We asked difficult questions until we got answers and pushed for solutions which satisfied our exacting safety requirements. We carried out our own flight tests and simulator sessions and did not rely on others to do this.”

He added: “We have every confidence the aircraft is safe. But we will continue to monitor 737 Max operations closely as the aircraft resumes service.

“In parallel, and at our insistence, Boeing has committed to work to enhance the aircraft still further in the medium term.”

Ky said the “root cause” of the disasters was traced to the MCAS software intended to make the aircraft easier to handle.

The system, guided by a single sensor, kicked in repeatedly if the sensor malfunctioned, pushing the nose of the aircraft downward multiple times, leading the pilots in both disasters to lose control.