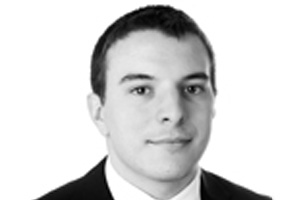 David Cameron has made it clear that senior members of the government are no longer ‘blind’ to the need for additional hub capacity in the south east. Until recently the assumption had been that they would look at a new hub airport in the Thames Estuary, but now the latest reports suggest that chancellor George Osborne is warming to the economic case for a third runway at Heathrow.

Specialist aviation consultant at Portland Communications, Aimen Chouchane, sets out the reasons why the government might be reconsidering its options.

‘This will be controversial’ declared David Cameron last month during his big speech on infrastructure, where he confirmed that the Department for Transport’s forthcoming aviation strategy will consider the ‘pros and cons’ of building a new airport in the Thames Estuary.

For once, this was a Prime Minister deliberately understating the impact of a policy he was launching.

The news, first announced back in January has had, at best, a mixed reception. It was seen as a boost to London Mayor Boris Johnson, who has been the foremost political champion of the idea (so much so that it is often referred to as ‘Boris Island’), but has failed to win over large sections of the UK aviation lobby.

Alongside Heathrow operator BAA, British Airways and Virgin Atlantic are highly sceptical of a project which some say could cost as much as £50 billion and take 20 years to deliver. A third runway at Heathrow, they say, would be far more cost efficient and capable of addressing the need for more capacity in the short-term.

But the Coalition parties have so far been loath to renege on their promise, set out in their Programme for Government as well as their respective manifestos, to oppose the third runway. Not even if Sir Richard Branson dangles a £5 billion cheque in front of the Treasury.

So on the face of it you could argue that a new hub on the Thames is a good compromise – more capacity close to London, but no third runway. The plans do, however, face major challenges.

Getting such a large and contentious project as Boris Island off the ground will require more industry support than is currently the case.

Apparently business leaders helped talk the PM and chancellor round to the idea, but until the likes of Willie Walsh are among their number the case for investment looks fragile. Within Government, Nick Clegg has made it clear that he has not been persuaded and is understood to have already threatened to block any proposals.

While the aviation lobby is anything but united on this issue, the local opposition is already well-established and has secured powerful backers.

Somewhat controversially, Medway Council is giving financial support to the ‘Stop the Estuary Airport’ campaign. Kent County Council and Southend Council are against the plans, as are highly effective local campaigners the RSPB.

The Conservative Party’s opposition to the third runway was part of a strategy to win over key marginals in the Heathrow flight path where there was powerful local opposition.

Looking forward to 2015, it is not clear how plans for a Thames Estuary airport would help their election prospects. So far, six Conservative MPs in Kent and five in Essex, including a government whip, have promised to campaign against the proposal.

Although only one of these seats (Thurrock) is an ultra-marginal, at least another six are in reach of Labour, especially if they campaign heavily on an anti-airport platform.

The government has now delayed the publication of its aviation strategy until the Summer. Up until recently, all the indications from DfT were that a document was to be expected by the end of this month.

However, holding off buys time both to reconsider all options and to minimise the disruption to Boris’ re-election campaign ahead of polling day on May 3.

In his Budget speech, the Chancellor expressed concern that the UK is at risk of becoming increasingly isolated from the so-called BRIC emerging economies if the status quo is maintained, handing an advantage to Britain’s European competitors.

Aviation policy will always be a highly contentious issue, especially in the south east where there are no easy decisions to be made. Now that government has recognised the problem, the next question is whether it is now willing to propose a bold solution.