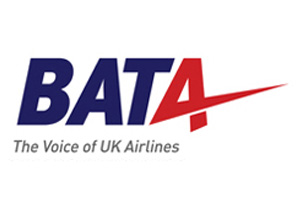 Income from Air Passenger Duty should be used to fund additional resources for the stretched UK Border Force to cut delays at airports.

The call came from UK airline trade body the British Air Transport Association (Bata) following what was described as a “constructive” meeting with Home secretary Theresa May over the border control queues crisis.

Bata said: “Airlines do not believe they should be expected to pay for additional resources for Border Force.

“Instead, any additional funds should be drawn from the £2.9 billion of Air Passenger Duty paid by air passengers this year.

“This tax on flying is the highest such tax in the world and using some of this money to pay for additional staff resources for Border Force would be an effective and appropriate use of a fraction of this otherwise punitive tax on air travellers.”

It came as airport operator BAA revealed that the UK Border Force failed to meet its target at Heathrow last month for processing most passengers from outside the European Economic Area within 45 minutes.

The worst delay was on April 30 when arriving passengers at Terminal 4 waited for three hours, the company said.

The Border Force met its 25-minute target for EEA and Swiss arrivals most of the time, according to BAA.

UK airports have two queues for passport control – one for the EEA, which covers the European Union, Liechtenstein, Iceland and Norway, as well as Swiss nationals – and another for citizens of other countries.

Under the targets, the UK Border Force aims to process immigration at Heathrow for non-EEA passengers in less than 45 minutes for 95% of the time.

BAA said Terminal 1 missed its 45-minute target for non-EEA travellers 12 days out of 30 in April. Terminals 3 and 4 both missed the target on 21 days. Terminal 5 suffered the worst problems with the target missed 23 out of 30 days.

Bata described the current passenger experience of frequent and excessive delays as “unacceptable”.

The organisation said: “Bata and its members want to see a Border Force with the resources and flexibility to support robust border security checks and deliver a good passenger experience at the same time.

“Airlines do not accept that a secure border and a good standard of service offering minimal delays to passengers are incompatible objectives.”