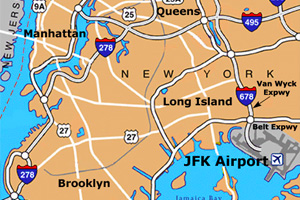 An American Airlines flight from San Francisco and a Finnair service from Helsinki were affected as a series of hoax calls were made to airports across the US.

Fox 5 News in the US reported that air marshals and the FBI boarded the aircraft to investigate and one of the airport’s runways was shut down.

The Finnair aircraft carrying 227 passengers and nine crew was security-checked and cleared after a hijacking and bomb threat call, the airline confirmed.

“We worked in close co-operation with authorities in New York to clear the situation. We are sorry about the worry and delay this hoax threat caused our passengers. The plane has now been checked and given an all-clear.

“We have been informed that similar hoax threats were made at several US airports.”