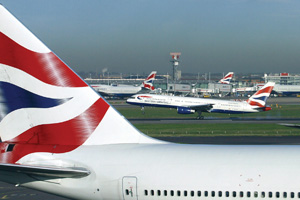 UK aviation bodies have called for cross-party consensus on future airport development as the government committed to implementing findings of an independent review in 2015.

Aviation minister Simon Burns said that, “Yes”, the government would back and implement the findings of the commission led by Sir Howard Davies when they are released in three years time.

His confirmation at the Airport Operators Association annual conference in London prompted calls for coalition partners the Lib Dems and the Labour opposition to give a similar commitment.

The Davies Commission is looking into “maintaining the UK’s status as an international hub for aviation”.

AOA chief executive Darren Caplan said: “The Airport Operators Association welcomes the aviation minister’s unambiguous commitment to acting on the findings of the airports commission, once it has considered all the options.

“We have been seeking such a commitment since the commission was set up, to ensure that its work was meaningful and would not be a waste of time or taxpayers’ money.

“We now respectfully ask whether the Labour and Lib Dem transport teams will follow suit, and commit themselves to acing on the findings of the commission?”

Simon Buck, chief executive of the British Air Transport Association, representing major UK airlines, added: “It is time we had an end to the constant see-saw of policies on aviation expansion from successive governments.

“It is to be hoped that the Davies Commission will result in cross-party agreement on much-needed action, to ensure the UK’s future connectivity, prosperity and jobs.”

Board of Airline Representatives in the UK chief executive Mike Carrivick said: “The commission’s findings is the opportunity for the cross-party consensus that has been missing to date. We urge the Lib Dems and Labour to grasp it.

“Aviation is an essential part of the UK’s economic recovery, and the country must not be let down again.”