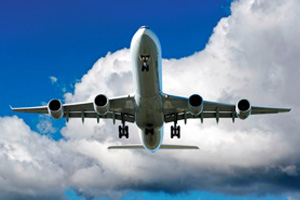 A campaign to highlight to MPs the economic benefits of the UK aviation business is launched today.

The Great British Flying Test aims to promote the importance of aviation to local economies and is backed by British Airways, Virgin Atlantic, Heathrow and Manchester Airports Group.

The campaign includes a film made in Carlisle – the town furthest away from a major international airport – showing how even here a “striking number” of local people rely on aviation. Carlisle is 80 miles from Glasgow, 108 miles from Manchester and 256 from Heathrow.

Analysis carried out by lobby group the Aviation Foundation backed by the four airlines and airport operating groups shows that the aviation industry directly employs 220,000 people nationally but it is the thousands of businesses, from factories to B&Bs, which depend on the services provided by this workforce.

The study found that in the UK:

“Britain has been a proud pioneer in aviation but we are in danger of taking this for granted and falling behind our better-connected competitors.

“We want to see a greater number of politicians championing aviation. Our Great British Flying Test campaign will be showing them how many of their constituents’ jobs depend on aviation and we look forward to discussing the results with them in the run-up to the next election.”