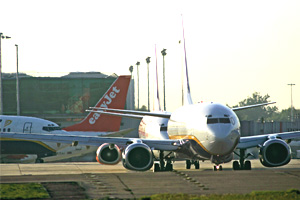 A faster rail link to Stansted would attract an extra 1.4 million passengers to London’s third-largest airport, according to a new study.

Bringing the journey time from central London down to 30 minutes from 47 minutes would significantly boost the airport’s catchment area and could help Stansted play a bigger role in solving airport capacity constraints in the southeast.

As well as suggesting the boost from shorter journey times, it showed about a third of people travelling through Stansted started or finished their journeys in central London, with another third coming from or going to the east of England.

The airport’s regulation and planning director Tim Hawkins told the Financial Times his team had begun talks with Network Rail and Abellio, which runs the West Anglia main line, about taking steps toward achieving the 30-minute target over the next 15-20 years.

Shorter-term aspirations include the introduction of a 3.20am service from Liverpool Street, improving punctuality of trains and achieving a five-minute reduction on the shortest journey times by 2017.

Stansted, which is being sold by owner Heathrow, is only half full, handling 17 million travellers last year.

Spokesman for the airport’s biggest airline customer Ryanair said: “Ryanair hopes that the new owner of Stansted airport will significantly slash prices – rather than worrying about rail lines – in order to stimulate rapid traffic growth.”