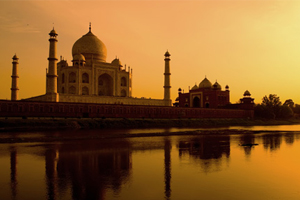 India risks squandering the opportunity to become one of the world’s tourism powerhouses through excessive taxation and restrictive visa policies, the World Travel & Tourism Council warns.

The comments from WTTC president and chief executive David Scowsill came as the country doubled the cost of tourist visas for UK travellers.

Speaking at the Hotel Investment Forum India, Scowsill said: “India is becoming increasingly expensive. Taxes are rampant in India’s aviation sector, indicating that the government views the sector as a revenue source rather than a revenue generator.

“But high taxation will potentially hinder the development of travel and tourism. It’s vital for the government to make further moves to reduce the tax burden on the industry.”

Iata projects that the country’s aviation industry will be the fourth largest market for domestic passengers globally by 2016, but driving profitable operations is still a challenge.

There is also oversupply in the hotel sector in some key cities in India, which is reflected with decreases in the three key performance metrics – occupancy, average daily rate and revenue per available room – in the first nine months of 2012.

Scowsill said: “We have seen encouraging developments in India, with attempts to liberalise visa procedures, such as the mutual easing of visa restrictions with Pakistan, the expansion of visas on arrivals to include Malay and Thai visitors and the ending of restrictions requiring a two month gap between re-entry for most visa holders.

“The WTTC welcomes these steps, which reflect positive government support for the country’s tourism industry, but there is much more to do between India and particularly the other G20 countries to remove these visa restrictions.

“Further measures to make it easier for travellers to enter the country are a key priority. Continuing the process of providing visas on arrival to more nationalities is one component in this progress. Along with easing visa restrictions, it is also important to make the visa process faster and ultimately electronic, so that travellers who want to come to the country do not face unnecessary obstacles in getting into the country.”

The sector’s contribution to India’s GDP over the next decade will grow by 8% per annum, which is slightly higher than the rate of growth expected for the Indian economy as a whole, the WTTC calculates.

Travel and tourism supported 39 million direct, indirect and induced jobs in 2011 or 5% of total employment in India. This amount was set to rise by 3% in 2012 to reach 40.5 million jobs.

Jobs in the sector in India will increase by 2% a year to total 48 million jobs in 2022 or 8% of total employment in the country.