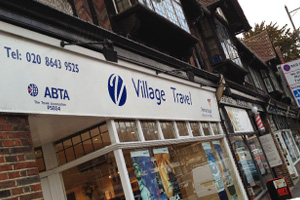 Three further branches of failed agency Ambassador Travel have been saved from closure – including one by a shop customer.

The branches in Lee-on-Solent, Hampshire; Cheam, Surrey; and Aylesbury, Buckinghamshire, have all become Advantage managed service agencies. This follows their acquisition by existing agency staff or in the case of Aylesbury, by one of the shop’s regular customers.

Advantage sales and marketing director Colin O’Neill said: “We have talked about the death of the high-street and threats to independent agents but here’s a customer who is so pleased with the business he’s prepared to put his own money into it. From our point of view as Advantage, having three out of the six under new ownership is a good result.”

The AMS scheme oversees the backoffice functions, including administration, supplier relationships and bonding for a fee while allowing staff to concentrate on sales, marketing and the day-to-day running of the shop.

The news comes a week after Miles Morgan Travel bought the fixtures and fittings of the shop in Wells, Somerset, which reopened on Friday, February 1. It is the chain’s 12th branch.

It means four out of the six-branch agency are now trading after the company collapsed earlier this month due to cash flow problems. The remaining branches in Wantage and Gillingham, Dorset, remain closed.

The Lee-on-Solent agency, which was the only branch to remain open throughout as it processed all the group’s remaining bookings, is now trading as Solent World Travel under original manager Chris Dewey. He said: “Nothing has changed for customers and we are delighted to be part of AMS as it gives us security and buying power.”

The Cheam branch began trading as Village Travel (pictured) on February 1 and is planning an official open day event for regular clients and local dignatories on Saturday, February 23.

The Aylesbury branch re-started trading this week as Adams Travel, the name it originally held before it was bought by Ambassador Travel. It is still run by the existing two members of staff but owned by one of the regular customers, who is now a silent partner in the business.

Ambassador Travel was officially placed into liquidation last week and insolvency practioners Durkan Cahill was appointed to oversee the failure of the £6.5 million turnover business.

Insolvency practioner Michael Durkan said the Wantage and Gillingham branches were unlikely to re-open, while Advantage has purchased the agency chain’s client database.