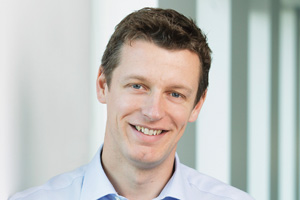 Yesterday’s rise in APD rates and the Budget marked mere steps along the way to A Fair Tax on Flying, not a point when campaigning proved fruitless, says Luke Pollard

The Budget was disappointing. Not only did the Chancellor ignore 200,000 people who called for a review of the impact of Air Passenger Duty (APD), but he ignored his own backbenchers and British businesses who put a coherent and modelled case to Government that action on APD would deliver more for the Exchequer than it cost.

In short, the Chancellor chose not to consider something that independent research shows would deliver growth.

It was a political Budget. The Treasury itself admitted that it neither increased nor decreased taxation overall and the Budget will probably have more effect shoring up support for the Chancellor among Tory MPs than it will as a genuine economic game changer.

Nonetheless, the fact the Chancellor chose yet again to ignore calls to act on APD stood out as particularly disappointing.

In the circumstances it is perhaps understandable that some in our industry would jump to the conclusion that this means the campaign is failing and we need to pack up and go home. I disagree and let me explain why.

Effective public affairs is not like a tap which can be turned on when you need lobbying and off when you don’t.

Lobbying is like a relationship, it requires long-term commitment, determination and mutual benefit to work.

It means preparing and deploying arguments often over years, winning supporters, rebutting opponents and taking steps forward to the ultimate goal – in our case, action on the level of APD.

There will, of course, be siren voices within travel who will seize on any setback to proclaim our efforts are in vain. I quite like those people. They remind me why it is important we don’t lose faith, give up or lose focus.

You sometimes need the doom merchants to highlight the reasonableness of a thoughtful and determined approach.

When the Fair Tax on Flying campaign launched a couple of years ago I remember being told by one of those siren voices that it would be impossible to hold a coalition of airlines, airports and travel companies together.

A year later those same doom merchants said travellers wouldn’t want to lobby their MP on APD, but 200,000 people did.

Now they claim that there is no chance of success. My response is simple: this is a long-term campaign that is slowly, but surely, making progress.
Whether it is over Atol reform, aviation capacity or APD the travel trade knows that decisions taken in Brussels and Westminster directly affect the bottom line of travel businesses and it would be foolhardy to concede defeat at every set back.

As someone tasked with representing the industry to government, my job is not to accept defeat, not to concede, not to give up but to push on, innovate, challenge and advocate. We don’t do giving up.

You only need to look at the type of APD work the campaign is doing to see that this strategy is working.

There are five times more Tory MPs making representations to George Osborne over APD than this time last year. Labour MPs are bringing APD as an issue to the shadow Chancellor and many business groups now highlight APD as a barrier to growth.

Abta will not give up on fighting for the industry and I would caution against listening to those who prefer doom and gloom sound bites to the tough reality of direct lobbying.

Yes, this is a tough fight. Yes, it would probably be easier to go home and have a cup of tea. But no, that is not why we’re here.

The lobbying will continue and the campaign will go on.