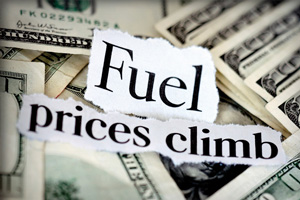 The head of the Egyptian Tourism Federation has warned of pressure on hotel prices from the Cairo government’s plans to scrap a subsidy on fuel from November.

Elhamy El-Zayat, chairman of the Egyptian Tourism Federation, told the World Tourism Forum (WTF) in Lucerne: “Fuel has been very cheap, but the government will remove the subsidy.”

El-Zayat warned the price per litre would rise five-fold from November, putting pressure on hotels.

The government raised fuel prices by 50% in February, triggering protests. The removal of subsidies is a condition of an International Monetary Fund loan to the country.

However, El-Zayat said the subsidy removal would at least spur hotel owners to invest in solar fuel. He told the WTF: “Egypt is not using solar whatever.

“Egypt suffers from a lack of finance. Owner and investors think the least important thing is the environment. They think only about profits.

“The end of the fuel subsidy has forced investors and that is a good thing. [Investment in solar energy] has become urgent because of the cancellation of fuel subsidies.

“El-Zayat said the environment was bottom of the agenda in tourism development in Egypt until recently.

He said: “We face problems and they are accumulating because the environment was the last concern. We have a big problem with waste and no real enforcement especially since the revolution. People can do what they want.

“We need to educate workers, owners, investors and tourists. Prices are so low even if you add US$1 it will be immediately spotted, so you have to explain [any price rise].

El-Zayat said tourism to Egypt had changed markedly since the revolution in 2011. He said: “Things are a different. The decrease in tourism arrivals was not that sharp – we had 11 million visitors last year and 14.7 million in 2010.

“What has changed is where people go – Cairo, Luxur and Aswan suffer a lot. Now Russians are the number-one visitors followed by Germans, Brits, Italians and Poles.

“Also, since 2008 and the start of the financial crisis, the amount spent per tourist has decreased. It is truly down.”