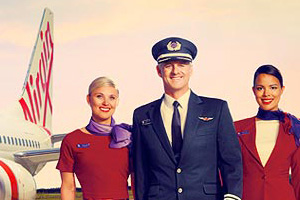 Singapore Airlines has raised its stake in Virgin Australia to almost 20% as it taps into the Australian domestic market.

The Asian carrier has acquired an additional 9.9% shareholding for A$123 million (£83 million), taking its total holding to 19.9%.

Rival Qantas last year announced an alliance with Emirates in an attempt to strengthen its hold on the Australian market and boost its international operations from the country.

SIA chief executive Goh Choon Phong said: “Our partnership with Virgin Australia has been going from strength to strength, offering a wide range of consumer benefits.

“Increasing our stake in Virgin Australia is another example of Singapore Airlines’ deep commitment to the important Australian market. It also demonstrates our support for the ongoing transformation of Virgin Australia, which has created a more competitive aviation market in Australia.”

Analysts said that SIA was keen to ensure that the Qantas and Emirates deal did not hurt its market share and that the deal with Virgin Australia was an attempt towards countering that partnership.

Siva Govindasamy of Flightglobal told the BBC: “The deal between Qantas and Emirates will strengthen Qantas’ international operations. Singapore Airlines does not want to be hurt by that alliance.

“It gets a lot of cross feed of Australian passengers from Virgin and this deal is its way of strengthening that relationship and ensuring that the supply continues to grow.”

The deal is subject to approval from Australia’s Foreign Investment Review Board.