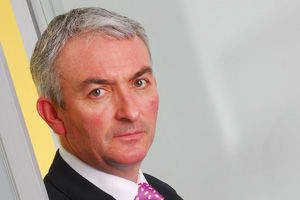 Advantage bosses denied the consortium was “at a crossroads” despite the departure of chief executive John McEwan.

Speaking at the consortium’s conference in Malaga, Colin O’Neill (pictured), sales and marketing director, said: “Advantage is about the strength and quality of the team, not one individual.

“It has been said that Advantage is at a crossroads in terms of its future – that couldn’t be further from the truth. We’ve had a vision for the future and that doesn’t change.

“We’ve been prepared to take Advantage to the next stage for some time. We have a very clear three-year plan.”

He said: “He will be missed, but he leaves Advantage in safe hands with the central team. I wish him well in his retirement.”