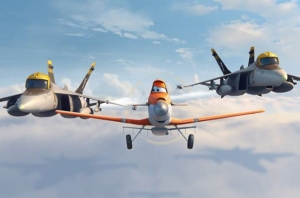 British Airways is to run a promotional campaign ahead of the UK release of new Disney animated film ‘Planes’ in August.

The airline is headline sponsor of a special screening of the movie in Leicester Square, London on July 14.

Exclusive regional screenings of the film will be held on July 21 in Manchester and August 4 in Belfast, Leeds and Edinburgh.

The campaign ahead of the release on August 16 also includes outdoor advertising across Heathrow and Gatwick airports and activity on ba.com

BA passengers will be able to watch the film – from the same stable as animated hit ‘Cars’ – on long-haul flights later in the year.

The deal was developed by Disneymedia+, the integrated ad sales, promotions and marketing solutions arm of Disney, UK and Ireland, together with BA.

A sneak peak of ‘Planes’ will be exclusively shown at a pop up cinema in London in the week the school holidays start (July 22-26).

The British Airways Silent Picturehouse Kids will screen a selection of Disney films for children across five screens.

The carrier’s head of marketing Abigail Comber said: “We are delighted to be working with Disney UK as the official airline partner for Planes in the UK.

“There’s a natural fit, not just because we’re an airline, but also because we both have a strong family customer base.”

Disneymedia+ EMEA promotions director Barnaby Rothwell said: “We are sure the promotion will create some extra fun and excitement for families in the lead up to the summer holidays.”