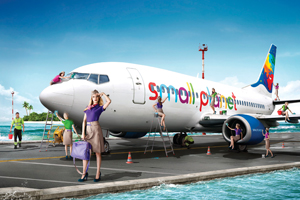 Charter carrier insists it has distanced itself from Phil Wyatt, the man involved in a series of collapses including that of seat-broker Meridian Aviation UK two weeks ago. Ian Taylor reports

Meridian Aviation UK’s failure on July 31 was barely noticed beyond a handful of industry figures and the operators affected.

However, the Gatwick-based seat-broker’s demise and the involvement of Phil Wyatt fit a pattern that some find disturbing.

As Travel Weekly reported last week, Wyatt was chief executive of XL Leisure Group when it collapsed in September 2008 and he is the subject of a £1.4 million High Court claim by the liquidators of Goldtrail Travel, which failed in July 2010.

The claim against Wyatt, his firm Black Pearl Investments and fellow directors Halldor Sigurdarson and Magnus Stephensen is that they “dishonestly assisted” a breach of the Companies Act by Goldtrail director Abdulkadir Aydin. Wyatt and his co-defendants contest the claim.

A third failure, of Kiss Flights (Flight Options) a month after Goldtrail, also involved Wyatt. Viking Airlines, in which Wyatt and Black Pearl owned a significant stake, flew for Goldtrail and transferred that flying to Kiss when the former went down.

Viking Airlines filed for bankruptcy in December 2010. But its flying was picked up by associated company Viking Hellas. It also subsequently failed. Meridian Aviation acted as seat-broker for all these carriers. Some of those involved in Viking Hellas are behind start-up GreenJet Airlines, which was due to fly from Gatwick and Birmingham this summer – again with Meridian Aviation as broker.

In recent months Meridian Aviation UK sold seats principally on Small Planet Airlines. The carrier continues to operate and insisted this week it had severed  all ties with Wyatt.

Chief executive Vytautas Kaikaris confirmed: “Meridian Aviation was our client. Phil Wyatt was brokering seats for us. He is definitely not anymore.

“We’re concerned not just about the history of Meridian and its executives, but also about what happened. It was a shock to us. We did not see it happening.”

However, Kaikaris confirmed the appointment of long-time Wyatt associate Sigurdarson as Small Planet chief financial officer in May. Sigurdarson was a director of Meridian Aviation UK until July.

Kaikaris said: “Halldor worked with Phil Wyatt for many years. Our condition was that he completely cut his ties with Wyatt and Meridian. This is explicit. We want to make sure Small Planet has no ties with Meridian.”

He described the High Court claim involving Sigurdarson as a concern, but said: “Halldor disclosed this. I took the view the claim will probably not go to the final hearing.”

Kaikaris and fellow director Andrius Staniulis bought Small Planet Airlines in a management buyout in March this year and Kaikaris insisted Wyatt had no involvement. He said: “I own 70% and my colleague 30%. We are not looking for any investors now or in the future. We have no strategy to be acquired.”

The travel industry is made up of many businesses of varying sizes, and smaller tour operators frequently depend on small charter carriers for seats. There is a niche for Small Planet Airlines and companies like it, and there is no inference of anything wrong.

But the common fate of so many companies involved with Wyatt and Meridian Aviation UK must be a concern.

Abta chairman Noel Josephides identified part of the problem, saying: “A broker does not  require any sort of licence. They just put two people together.”

Other industry sources identified a pattern of failures that suggests something more. One told Travel Weekly: “The story repeats itself. A company goes under. Something reappears. It delivers well initially and gives you confidence. People begin to trade. Then it goes under.”

A second source, with experience of working with Wyatt, said: “You start to see a pattern. There is an airline or a start-up that needs cash. That is when they offer you a deposit [on future business] to keep you flying, and offer to fill seats. When you realise the rates are too low, it is already too late. Then they buy the company off you and do it for another year. At first you think they must be stupid because they go bust all the time. But they are successful. They make a lot of money.”