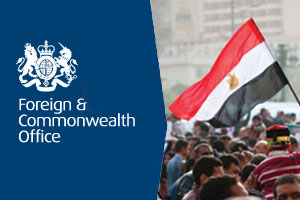 Agents say clients have become increasingly concerned about the unrest in Egypt since a one-day curfew was put in place for Red Sea resorts.

The Foreign & Commonwealth Office continues to advise against all but essential travel to Egypt except to Red Sea resorts as violent clashes escalated this week.

Ceri Thomas, of Regal Travel, Port Talbot, said: “We have had many phone calls from concerned clients about their future holidays to Egypt. We have reassured clients as much as we can.”

Homeworker Laura Featonby, of Independent Travel Experts, said: “It is a difficult situation because as agents, our customers want advice and in situations like this we can’t get it wrong. We just have to give the Foreign Office advice.

“When tourists were told to stay in their resorts last week it was a big turning point. This is having an effect on sales for this area.”

But she recognised a ban – similar to advice issued by French and German governments – would damage tourism to Egypt, on which it relies heavily.

Cosmos Holidays managing director Hugh Morgan said there had been “no negative feedback” from holidaymakers in resort or those booked to go to the Red Sea.

“It’s not as if clients are berating us every five minutes – quite the contrary,” he said.

But he said media coverage was likely to impact demand.

“I would imagine demand will reduce and therefore capacity,” he added, stressing Cosmos had no capacity changes currently planned.

Aito operator Nomadic Thoughts has moved all its clients into Sharm el-Sheikh from nearby areas as a precaution. Owner Jono Vernon-Powell said the road out of Sharm to other resorts had been closed.

He said: “The local authorities are taking every precaution to safeguard tourists.”