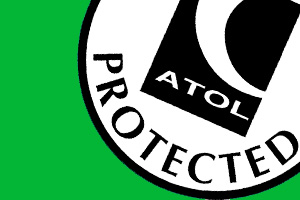 The future of Atol: Key trade bodies have responded to the Department for Transport’s Call for Evidence about Atol reform. Lee Hayhurst reports

The government should consider a variable Atol contribution regime related to the assessed risk a licence holder poses, and better regulation of trusts and insurance.

These are two key recommendations in a 30-page submission by Abta to the government’s ‘call for evidence’ on the future of consumer protection, which closed last week.

The association also called for experts to assess the impact of the European Commission’s review of the Package Travel Directive before a new phase of Atol consultation starts next year.

The PTD underpins the UK’s approach to financial protection and Abta wants to see more detail on the implications as well as any new structure for administering Atol.

Abta’s submission demands a much simpler and streamlined scheme, with protection regimes for Atol and non-Atol sales brought under a single protocol and government department.

It supports retaining a government-backed central reserve fund, like the Air Travel Trust which sits behind Atol, but says there is a downside to such mutualisation of risk.

Namely, it raises a ‘legitimate concern’ that larger, less risky firms may seek to take their business out of Atol to stop, in effect, supporting more risky competitors.

Following the collapse of Goldtrail Travel in 2010, the Atol Protection Contribution was increased from £1 to £2.50 per person; another large failure or series of failures could yet push it up further.

Abta says it is possible to envisage a hybrid Abta and Aito- (and formerly Passenger Shipping Association and Federation of Tour Operators) style bonding and APC-style contribution scheme.

But the submission says: “There are issues with certain types of insurance product and concerns in relation to trust accounts, but these are not insurmountable.

“We do not believe that unregulated, self-administered trust accounts should be permitted under a future regulatory regime.”

Further, Abta says insurance-only solutions should be approved by the regulator, citing the failure of Aito  member Skiing Europe in July 2011  whose underwriter AMTrust Europe  refused to pay out.

Abta says: “We do not believe Abta should take a position in favour of any one approach. Any proper credible option that delivers the required protection should remain available.”

A previous proposal for a £1 per passenger flat-rate fee for providing universal financial protection was a flawed choice because it was too low to deliver what it promised.

The proposal for the all-flights levy drew widespread support from the industry but fell at the final hurdle in the House of Commons in 2005 amid airline opposition.

However, the Abta Call for Evidence submission said this was a “false choice”, claiming the CAA “wrongly suggested” this level was adequate.

Abta said “tolerance of mutualisation increases the lower the costs”, and noted that the £2.50 Atol Protection Contribution charge had already divided opinion.

It added: “A higher cost . . . could well undermine any support for flat-rating among stronger companies.”

Abta also insisted any charge should not be categorised as a tax and future failures should not see unprotected customers repatriated for free by government via an Atol-holders’ fund. It added that if the government “felt compelled to facilitate the repatriation of unprotected air passengers, then that market segment should be included with a scheme of protection”.

The Association of Atol Companies (AAC) has pinned its hopes for the future of the Atol scheme on insurance that will keep costs below the existing £2.50 APC.

Consultation with members found 95% support a single regulator rather than the multiple regulators that exist at present.

The AAC said it had ensured the insurance proposal would withstand scrutiny and called on the government to press ahead with changes as soon as possible.

Chairman Lindsay Ingram said: “We have worked hard to find a viable and simple alternative that matches the government’s wish to be rid of its potential liability.”

Air Travel Consultancy: Regulation should be by one government body

The Air Travel Consultancy has agreed with Abta that future regulation should come under a single scheme overseen by a single government agency and be risk-based.

In its submission to the Call for Evidence, the Atol specialist says a voluntary or industry-run scheme would not be sufficient.

“The central licensing body should be responsible for regulating the financial protection for all types of travel as required under the Package Travel Directive, including those with air travel and those without air travel.”

Like Abta, the ATC wants the new UK regime to provide more comprehensive coverage including for the new non-package Assisted Travel Arrangements proposed by the European Commission PTD reform.

It also called for trust accounts to be properly monitored and authorised, and for insurance policies to include clauses so that firms cannot avoid paying out in the event of a failure.