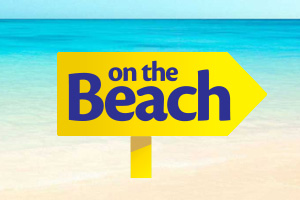 On the Beach is being tipped as a £75 million takeover target for the private equity firm behind British fashion firm Jack Wills.

Inflexion is reported by the Sunday Times to have entered exclusive talks to buy the online travel agency which was founded by Simon Cooper in 1995.

Cooper sold a stake in On the Beach to rival buyout firm Isis five years ago in a deal reportedly worth £40 million.

He previously ran ski site On the Piste, which he sold to Tui Travel.

On the Beach, based in Cheadle and employing 200 people, has grown rapidly on the back of significant investment in technology under Isis. It handles more than 750,000 customers a year

Sales this year are forecast to hit £300 million, with underlying earnings reaching about £12 million.

Isis hired corporate finance house DC Advisory to lead a search for an investor, according to the newspaper last November.

On the Beach’s non-executive directors and shareholders include chairman John Donaldson, a former chief executive of Thomas Cook, and Dermot Blastland, a former managing director of Tui Travel UK and Ireland.