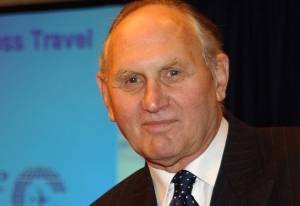 More than 100 family, friends and industry colleagues of Colin Heal have paid tribute to the former Worldchoice president at a memorial service in London.

The service took place on Wednesday at St Clement Danes Church on The Strand before a reception at The RAF Club on Piccadilly.

Heal passed away during the Travel Network Group conference in Slovenia in May. He was 80.

Describing Heal as a “natural leader” driven by a strong sense of moral purpose, Harding said he had “fought passionately for the future of the independent agency sector”.

“Colin was passionate about travel and his many innovations changed the way that independent agents operated,” he added.

Making reference to Heal’s background as a group captain in the Royal Air Force, Lewis said he was characterised by a positive mental attitude, a hierarchical and organised approach to meetings and communications, and a strategic approach to winning his battles.

He added: “He worked out what he wanted and set about building alliances and finding ways to achieve his goals.

“Colin was without doubt one of our industry’s great leaders and personalities.”