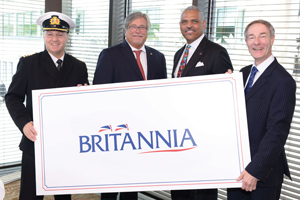 Agents’ success at growing the cruise market is being tested by leading cruise operator Carnival UK as it undertakes a review of trade relations.

The move came as P&O Cruises revealed its new £500 million ship will be called Britannia. The 3,600-passenger vessel – the line’s biggest-ever – will set sail in March 2015.

Once Cunard’s top-selling agency, the Essex retailer had stopped promoting the lines, even after rivals were offered enhanced earning opportunities.

Tempest said the revival in Reader Offers’ support did not indicate there had been a reversal of the operators’ decision to cut commission to 5% in 2011.

“We are absolutely not going back to where we started. We are reviewing how we work with agents more generally, with a new team not encumbered with the baggage of the past,” he said.

“We will trial a number of things to see what the response is from our travel agent partners and consumers and then we will sit down with relevant parties to look at what works best.”

Tempest said Carnival was working closely with about a dozen agents during the six to nine-month trial period, which will also assess which marketing channels, including print, perform best.

Speaking exclusively to Travel Weekly at the revealing of the Britannia name, Carnival Corporation chairman Micky Arison said the commission change was about making the system more efficient.

“The perception was the UK team was forcing this through to go direct, but that was not at all the truth.”