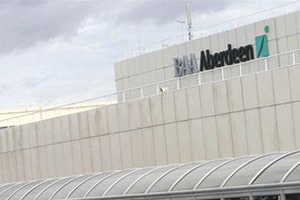 Aberdeen airport was shut for three hours yesterday after an air ambulance left the runway while taxiing.

All flights were suspended from around midday and services were diverted to Edinburgh and Glasgow.

The Scottish Ambulance Service said its aircraft, operated by Gama Aviation, was involved in the incident after landing.

A patient, being transferred from Lerwick in Shetland, was on board the Beechcraft King Air aircraft along with an escort, a paramedic and two crew.

No-one was injured and there was no damage to the aircraft, the BBC reported.