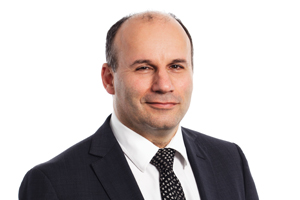 Abta stages its Travel Convention next week with members looking to the association for representation and guidance as much as at any time in its history. Chief executive Mark Tanzer spoke to Ian Taylor

Abta met a year ago in Turkey in the wake of a government reshuffle that displaced four ministers responsible for travel. It convenes in Croatia for this year’s event days after the switch of another four.

He says: “There is a process of informing and educating ministers about the issues, but our policy work isn’t based purely on that. We carry arguments to MPs and government officials. If all we did was focus on ministers it would be back to square one, but we don’t and it isn’t.”

Tanzer notes: “The reshuffle is a reminder our agenda is split across many departments. The fact we have four new ministers is frustrating. If the government is to live up to its commitment to back tourism, the sector deserves a dedicated minister.

“We need a minister to carry the industry’s case to government, someone who is prepared to make difficult arguments that may not be palatable to government.

“We want someone to give the industry its due.”

At least one key internal issue  has not changed even though events have moved on.

A year ago, the prospect of a revised Package Travel Directive brought allegations from a minority that Abta had misrepresented agents’ views in Brussels – a claim Abta rejects.

Within weeks, a small group, led by Travel Republic and On Holiday Group, had established the Association of Travel Agents (ATA).

Tanzer says: “We’re in talks with ATA members who are our members.

“The big issue for the OTAs [online travel agents] is Toms VAT. We continue to work for them within Abta.”

Yet he insists: “There are no factions in Abta or on the Abta board. Each member has their own commercial interests. We have 1,200 separate businesses. Abta enables them to have a discussion from their different businesses perspectives and to come to a decision that is in the interests of members as a whole.

“That is why Abta exists. If everyone had the same point of view we would not need Abta.

“If a view comes from Abta that does not suit people with a particular model, they might say it is run by factions, but that is not my experience.

“We don’t have agent and tour operator factions fighting over commission. That world has gone. There may be different perspectives but we face business issues where people have more in common than separates them.”

On APD he says: “We don’t know what the government would have done without a campaign. APD would be higher but for A Fair Tax on Flying.

“We have support from more than 110 MPs now and the government has stopped above‑inflation increases.

“We haven’t had a reduction or abolition of APD – I hope the next government will realise the damage it is doing – and we haven’t had a third runway at Heathrow. Both are difficult. Our job is to keep the pressure up.”

Tanzer, who has been at Abta eight years, says: “It’s a real privilege to work with people who care about what they do.

“I came in with a general sense from the board that things needed changing. I was given a lot of scope and the board has been very supportive.

“In many ways we’ve built on the legacy I inherited – the reputation of Abta. There is an awful lot that is good here. I’m most proud of the quality of the work, whether it is crisis management or guidance or sorting out a failure.”

Tanzer notes Abta’s work in destinations and adds: “The travel industry can hold its head up with the work it has put in on sustainability. We have 75 people come to work every day with real passion for what they do.”